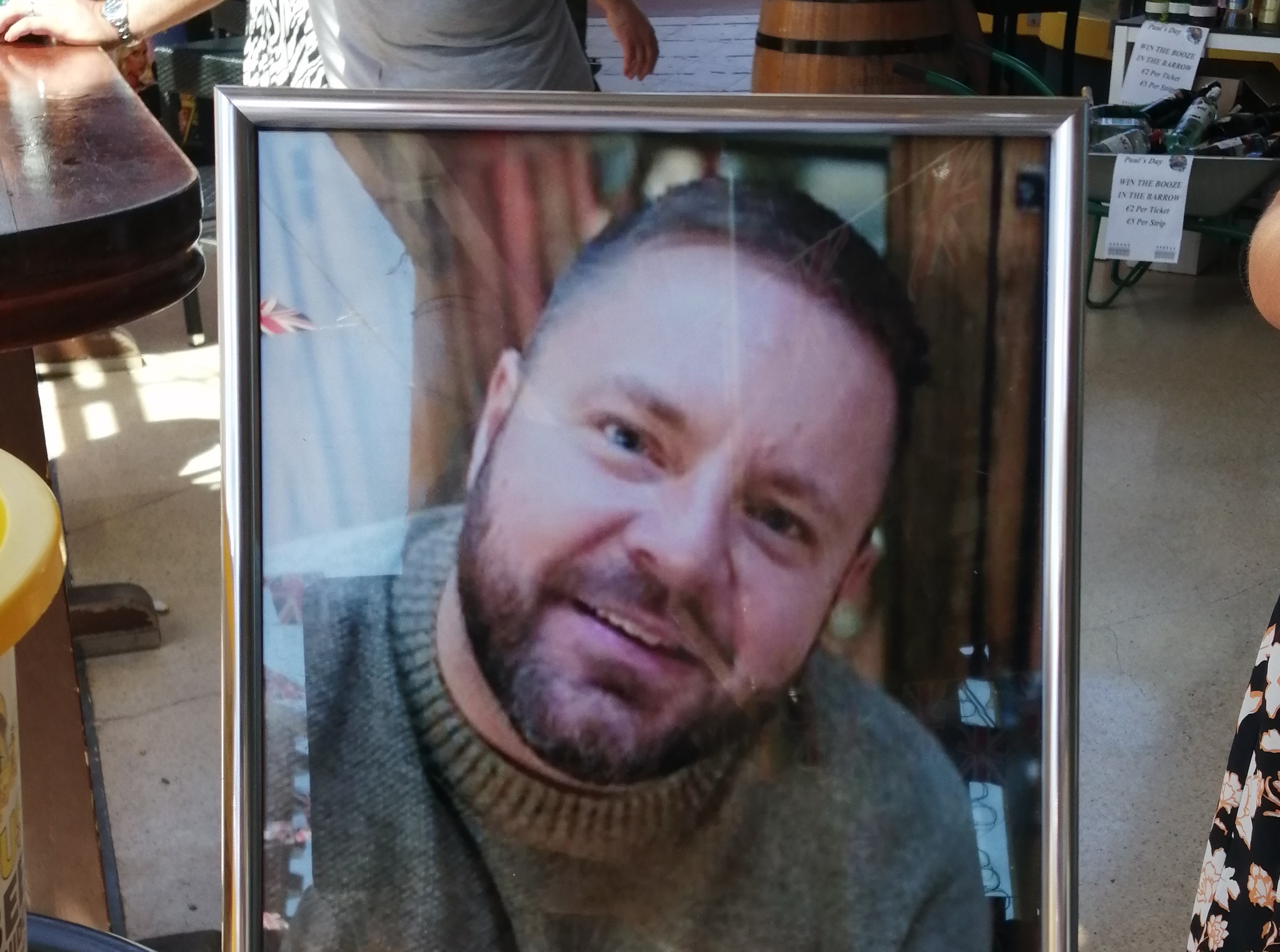 JOKER’S bar in Benidorm experienced an amazing turnout on Sunday, August 7 as a whole community banded together to pay their respects and mourn the loss of “one of the good ones”, Paul McFarlane.

Without Paul McFarlane, the “bright lights of Benidorm have suddenly got a lot dimmer,” good friend Anna said at the Jokers Charity Event led by Wayne Edward Bellamy-Wright aka Levi.

Hundreds of people turned out for the emotional yet fitting tribute to the man many at the event described as “larger than life”.

Benidorm’s community of entertainers, bar crawl event organisers and Paul’s friends and family were joined by people from across Costa Blanca, Albir, La Nucia and the UK to say goodbye to the popular personality who tragically died of an asthma attack on Wednesday, August 3.

“It was so sudden,” Emma, the manager of Chaplin’s in Benidorm told Euro Weekly News. “I’m at a loss for words really.”

“Paul was just such a larger-than-life character and Benidorm will not be the same without him.”

Paul managed to make even the hardest Friday nights seem like a breeze, according to Emma, who said that “Fridays were the highlight of my week and many others because we got to work with Paul.”

“The bar crawl will never be the same,” she added.

One woman had travelled over from the UK and said that although she didn’t know Paul personally, she specifically wanted to be at the event to support the community and pay tribute to the well-loved man that “touched the lives of a lot of people”.

Event organiser Levi worked tirelessly with the help of his husband and others, including Charlie Brown, who thanked the crowd in attendance for coming to support such a wonderful cause.

The money raised – over €9,000 and over €6,000 on the Just Giving fund page – is going to cover the costs of the funeral and memorial services for Paul’s family.

As Levi explained to Euro Weekly News, Paul’s mum Janet, who described her son as a “true entertainer, funny, kind and smart”, had only just returned to the UK when she received the heartbreaking news.

“€1000 of the money that we raise will be given to Janet to cover the cost of her flights and to set up a memorial back at home in England,” Levi said. “We will also be covering Nathan’s (Paul’s husband) rent for the year.”

Speaking of Paul, Levi said that “you only need to look at the turnout to see how much Paul was loved.”

Emma described them as being “so perfectly suited to each other.”

“They bounced off each other so well and made every event, every shift and every occasion so much better.”

The packed house at Joker’s bar on Sunday, August 7 was a testament to the much-loved man’s popularity and also the strength of the community in Alicante’s Benidorm.