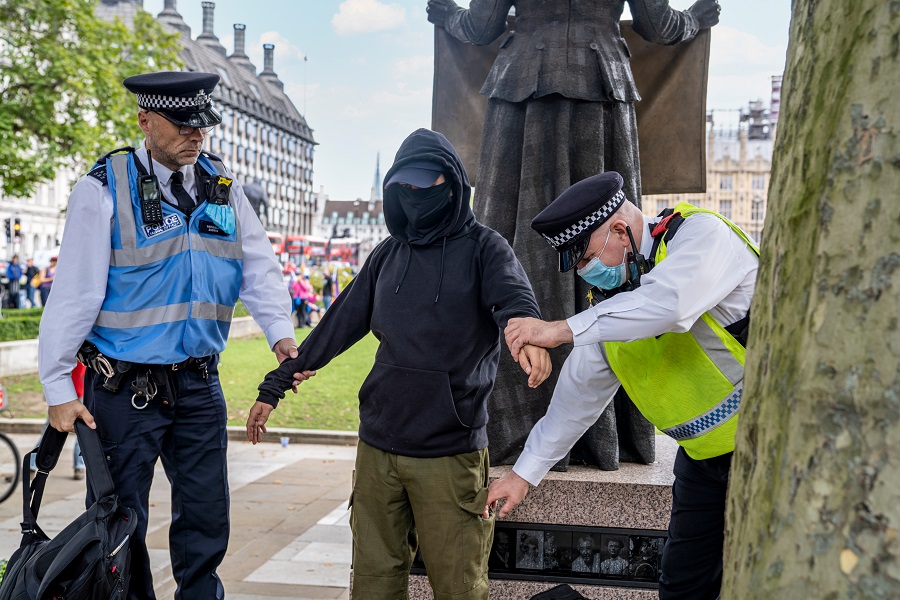 650 children were strip-searched by the Met Police over a two-year period promoting the children’s commissioner for England to express concern over the practice.

Dame Rachel de Souza, told the Guardian on Monday, August 8 that she was not convinced that the force was “consistently considering children’s welfare and wellbeing.”

According to the commissioner, who launched her investigation after the strip search of a 15-year-old girl schoolgirl suspected of carrying cannabis, the majority of the children were found to be innocent of any suspicion and in nearly a quarter of cases an appropriate adult was not present as is required by law.

The report issued by the commissioner also questions the lack of oversight and the need for an “intrusive and traumatising” practice where figures shows that in more half of the cases no action was taken against the person strip searched.

She continued saying that in at least one in every five cases there was no evidence of where the search was conducted or who was present. According to the evidence 57 per cent of the searches took place in a place station and 21 per cent at a home address.

A further 22 per cent happened at another location but according to the report, “due to the low quality of recording practice, it is not possible to determine where these searches took place.”

Of the 650 children strip-searched 95 per cent were carried out on boys, a quarter of whom were under the age of 15.

De Souza goes on to say that she was “deeply shocked and concerned” by what she found.

She added: “I am also extremely concerned by the ethnic disproportionality shown in these figures, particularly given that ethnicity was determined to be such a key factor in the Child Q case,” where the 15-year-old girl who was menstruating was strip-searched.

“I am not reassured that what happened to Child Q was an isolated issue, but instead believe it may be a particularly concerning example of a more systemic problem around child protection within the Metropolitan police. I remain unconvinced that the Metropolitan police is consistently considering children’s welfare and wellbeing.”

As a result of what she has found the commissioner now intends to investigate all the police forces in England.

Accusing the police of abuse Deborah Coles of Inquest said: “This report is about state-sanctioned child abuse operating outside the law. It also reveals racist and discriminatory policing and the dehumanising of black children.”

The NSPCC added their voice with Anna Edmundson, Head of Policy and Public Affairs saying: “It’s vital policing leaders and government commit to eliminating racism, discrimination and bias from policing to prevent further harm to children.”

They are not alone in their criticism with Andy George, President of the National Black Police Association, saying: “We continue to see these patterns of bias which always fall against black communities. Most officers do not go about their duties believing they are doing harm, but because of systemic matters such as culture, training and a lack of representation, they are consistently treating black communities disproportionately.

“The Met police continue to exacerbate the low confidence from the black community in the UK, and the new commissioner must admit the systemic nature of racism which manifests in the Met to ensure meaningful measures are developed to tackle the lack of trust and confidence.”

A Met police statement said: “The Metropolitan police is progressing at pace work to ensure children subject to intrusive searches are dealt with appropriately and respectfully. We recognise the significant impact such searches can have.

“We have already made changes and continue to work hard to balance the policing needed for this type of search with the considerable impact it can have on young people.

“We have ensured our officers and staff have a refreshed understanding of the policy for conducting a ‘further search’, particularly around the requirement for an appropriate adult to be present. We have also given officers advice around dealing with schools, ensuring that children are treated as children and considering safeguarding for those under 18.

“More widely, we have reviewed the policy for ‘further searches’ for those aged under 18. This is to assure ourselves the policy is appropriate, and also that it recognises the fact a child in these circumstances may well be a vulnerable victim of exploitation by others involved in gangs, county lines and drug dealing.”

The concern expressed by the commissioner after Met police were found to have strip-searched 650 children over a two-year period has now lead to a broader investigation and perhaps more concerning revelations.