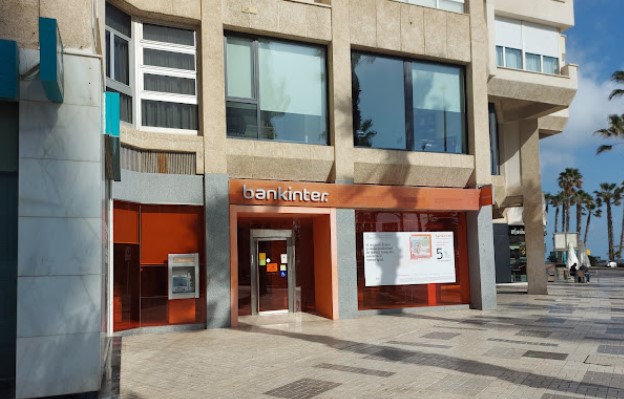 Two branches of Bankinter in Malaga were targeted by criminals who attempted to steal money from ATMs by using explosives.

Two robberies with explosives that occurred at Bankinter branches in the capital of Malaga during the early hours of Monday, August 8, are being investigated by the National Police, as reported by laopiniondemalaga.es. The criminals were targeting the ATM machines.

One of the attempted robberies was carried out in the facility located in the neighbourhood of Teatinos, and another in La Malagueta. It seems that in both cases the thieves used explosives to carry out their crimes, although investigators are believed to be trying to establish the exact technique used.

As confirmed to the publication by police sources, the first robbery took place at around 6:10am, in the bank located in Plaza de La Malagueta.

Startled residents alerted the 112 Emergency system, with several National Police and Local Police patrols quickly responding. They verified that it was an attack with explosives.

Just 20 minutes later, a similar incident occurred at the bank located on Calle Kandinsky, near Ciudad de la Justicia and the university campus.

According to residents of the area, many neighbours went out onto their balconies and observed “people coming in and out with bags from the bank”. He recalled that: “They were hooded and dressed in black”, pointing out: “It all happened very fast”, as reported by malagahoy.es.

Investigators now face the task of identifying the criminals, who allegedly made their escape in two high-end vehicles after the robberies, allegedly in the direction of the A-357 and the MA-20.

In both cases, after sealing off the area, forensic officers and Tedax – NRBQ bomb squad officers arrived at the scene. Security cameras are being analysed in the immediate vicinities surrounding the two banks. It is not yet known whether the crooks managed to get away with any loot, and, if so, the exact amount stolen.