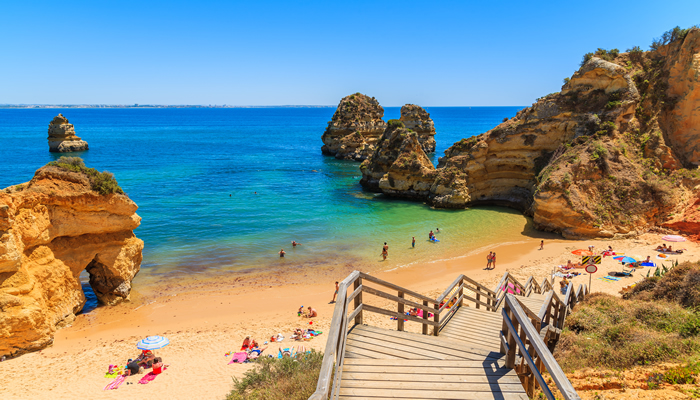 Travellers have been advised by the Portuguese aviation unions that it would be ‘wise’ to avoid flying to Portugal with industrial action threatened at airports this weekend.

Three days of strikes have been called for this coming weekend by two unions representing civil aviation workers in Portugal. Both the Commercial Aviation Staff Union (SQAC), and the Civil Aviation Workers’ Union (SINTAC) have threatened strikes from Friday, August 19, to Sunday, August 21, inclusive.

If the unions follow through with this industrial action then it could potentially cause severe disruption for travellers flying into any of Portugal’s 10 airports, including the facilities in Lison, Faro, and Porto. The strike would involve airline cabin crew, ground handlers, security staff, and airport fire services.

Should their demands not be met then the strikes will go ahead according to the unions. They are asking for higher wages and better work conditions for the workers. Flights could be delayed or even cancelled if the strikes go ahead, according to express.co.uk.

A SINTAC spokesperson explained that potential industrial action could affect any airport run by the ANA airports authority. This is due to the fact that ANA’s recent proposals were rejected by the unions. Their conditions apparently included a reduction in salaries of 30 per cent for the workforce.

Clearly, by asking travellers not to fly, should people then decide not to travel, this plays right into the hands of the unions. The unions have suggested that it would be “wise to avoid flying” during the affected dates. “Only by doing this can we achieve what the company has been missing for a long time: social stability, respect for the rights of workers, and, fundamentally, for people”, they added.

Similar strike action has been affecting airports in Spain in recent months. Two unions representing cabin crew and pilots at bases operated by both Ryanair and Easyjet have convened ongoing strikes. The industrial action by Ryanair employees is currently scheduled to continue on a weekly basis, from Monday to Thursday, until January 2023.