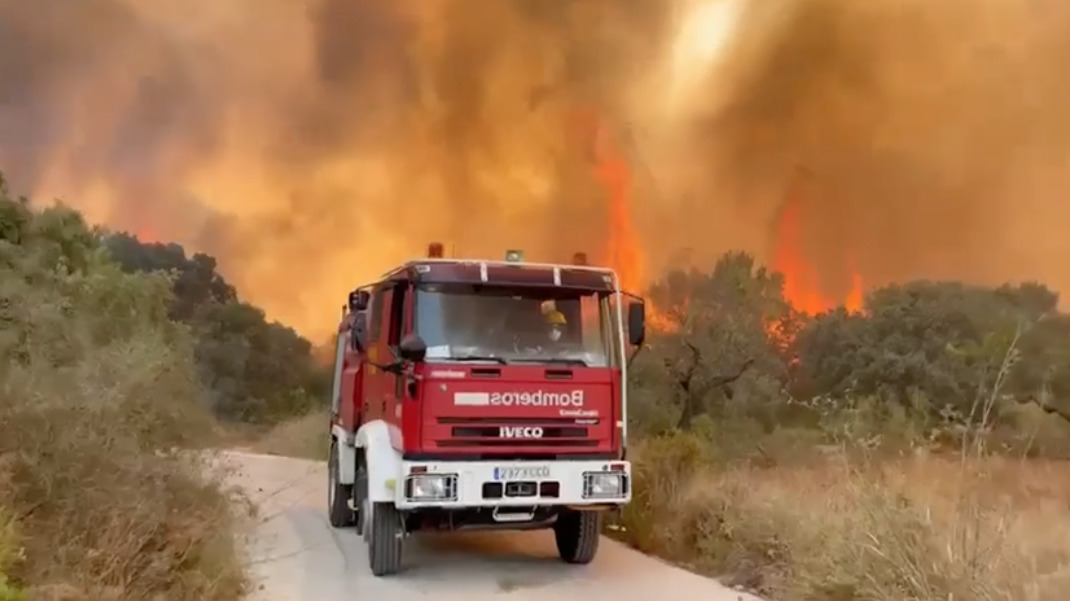 VIDEOS emerged on social media of a huge fire that had broken out in the Valencian town of Petrer, located in Alicante province, on Wednesday, August 17.

Spain’s firefighters had to split their time between two fires raging in the Valencia Community, with four fire rescue aircraft being diverted from Vall d’Ebo to try to extinguish the Petrer forest fire.

Thankfully, it appears that the fire has been contained and stabilised, according to the mayoress of Petrer, although Camp Caprala had to be evacuated.

“A complicated afternoon for Petrer that has kept us on edge all the time because of the fire that broke out this afternoon in Puça and Serra del Cavall,” Irene Navarro said on Facebook.

“Fortunately, as confirmed by the emergency services, at this time the fire is contained and stabilised.

“My thanks and gratitude to all the security and emergency forces that, from the first moment, have been working at the fire: Firefighters of the Provincial Consortium, Forest Firefighters of the Generalitat, National Police, Civil Guard, Petrer Local Police, Red Cross, Civil Protection, aerial means, volunteers…”

Videos on social media show the size of the blaze.

“Today I don’t have words to give encouragement from Munich to my town, it hurts a lot to see where you train, enjoy and something you carry so much in your heart fades from a distance, especially when I spend so many moments with my people there,” one person on Facebook wrote.

One person wrote: “Slopes of the Sierra del Caballo fire (Petrer). No rain is expected in this area.”

As noted, the fire Petrer happened as inner Marina Alta suffered one of the worst natural disasters in Spain’s Alicante province as more than 10,000 hectares burned in a forest fire.