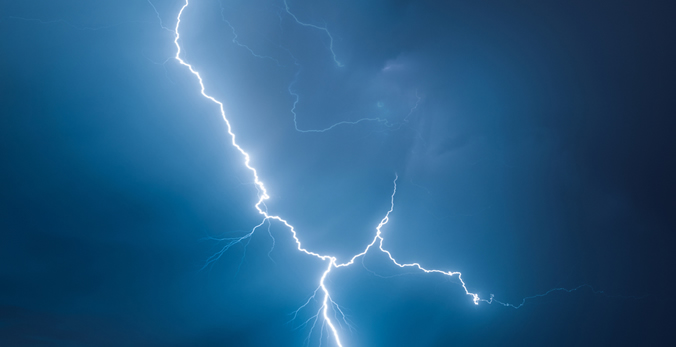 A British woman who was struck by lightning in the resort of Split in Croatia is reported to be critical in hospital.

A 48-year-old British woman is said to be in critical condition today, Monday, August 22, in a hospital intensive care unit in Croatia. She was allegedly struck by a lightning bolt while running to shelter from a huge thunderstorm that broke at Kasjuni beach, where she had been sunbathing with her daughter, according to an exclusive report from dailymail.co.uk.

The incident occurred at around 3:15pm last Saturday, August 20, in the Adriatic holiday resort of Split. It is believed the charge was attracted to her necklace. As many as 300 million volts could have shot through her body according to experts.

Speaking with local television, Dr Mileva Frankic, the doctor treating the unidentified woman, commented: “Unfortunately, her life is still in danger, in addition to the evident changes on the skin that we expect, there are also several organs that are affected as a result of the lightning strike itself and the consequences of the cardiac arrest. It is still too early to talk about the consequences and outcomes”.

The woman was with her daughter attempting to make her way back to their hotel at the time of the incident. She was struck unconscious by the thunderbolt strike. Luckily, a medic was nearby attending to an injury caused during a bicycle accident, who promptly administered first aid.

She was subsequently transferred by ambulance to the KBC hospital in the city of Spilt. Her injuries include burns and serious head trauma.

“One minute everyone was sunbathing happily on the beach the next the sky turned as black as night and a massive thunderstorm was overhead. The lightning was something I have never seen before really, bright flashes and you could hear them fizzing”, a waiter from Joe’s, a nearby beach bar, who had also rushed to offer help told the Daily Mail.

“We are providing support to the family of a British national in Croatia and are in contact with the local authorities”, said a spokesperson from the Foreign, Commonwealth and Development Office.