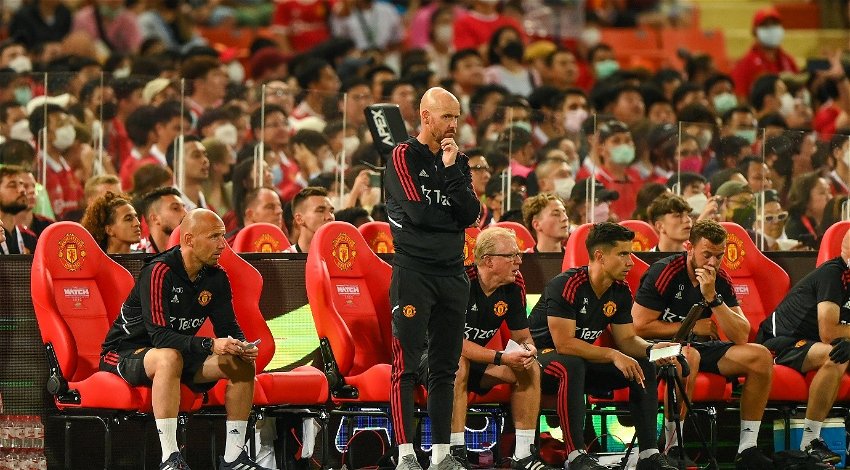 The optimism surrounding the Erik ten Hag era at Manchester United after some promising displays in pre-season has well and truly gone out the window. A 2-1 defeat at home to Brighton & Hove Albion on the Dutch manager’s Old Trafford debut seemed embarrassing enough, but what followed at the Brentford Community Stadium on game week two was properly unfathomable.

The Red Devils were picked apart by Thomas Frank’s Brentford in west London — finding themselves four goals down to the hosts after little more than 30 minutes. Luckily for Man United, the Bees didn’t have any more sting in their tails from there on in, but a 4-0 defeat in the capital was more humiliating than anyone could have imagined.

The stats make for dire reading as well. After Brighton’s first ever league victory at Old Trafford last week, Brentford ended their lengthy wait for a victory over Man United that spelled back to 1938 and it was the third in the Red Devils’ last eight league games that they have lost by three or more goals — and the seventh time since the start of last season that they have conceded at least four goals.

This was supposed to be another new start, with hopes high and the EPL odds backing Manchester United to have a good season. But for the fifth time post Sir Alex Ferguson’s successful reign, they appear to have crumbled under their own weight of expectation and face an uphill battle to find form and win back over the fanbase.

For a side of Man United’s stature, being run ragged and ultimately losing 4-0 is inexcusable against any opponent. But to lose in such a nature to a starting XI worth just £45 million and one of the handful of sides they did double over last season is beyond belief. The reality is they just couldn’t contain the Bees and it was an afternoon to remember for the west Londoners.

A lot of the blame can be placed on goalkeeper David de Gea, who has made his fair share of calamity errors over the last few years. The Spaniard fumbled Josh Dasilva’s speculative effort into the goal 10 minutes in and he was at fault for Mathias Jensen’s second shortly after — with his pass intercepted by the Dane, who capitalised efficiently.

But while he was at fault, you cannot just blame the shot-stopper for the defeat. The whole team have got to hold their hands up and accept responsibility for another below par display. Brentford clearly wanted it more than their opponents, and that was clear as they covered more ground (109.4km) than United (95.6km) in the extremely hot conditions.

The behind-the-scenes issues at Old Trafford perhaps played their part as well, with the club failing to attract the majority of their top targets this summer and Cristiano Ronaldo making his intentions to leave public, but you can’t take anything away from Brentford’s overall performance.

Well aware that Manchester United would be lacking confidence after the defeat to Graham Potter’s Seagulls, Brentford went for the jugular and their intense action plan paid off.

They pressed the Red Devils in the style Ten Hag would want from his side and they won almost every battle on the pitch — most notably including targeting 5ft 9in new addition Lisandro Martínez, who was dwarfed at the back post by Ben Mee for Brentford’s third and subbed off at half time.

Brentford’s masterplan paid off and it’s another giant scalping added to Frank’s growing CV after the 2-0 and 4-1 victories over Arsenal and Chelsea, respectively, last season.