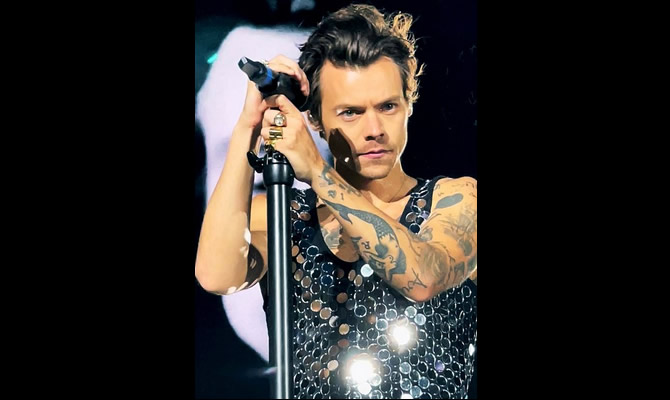 Internet users have been left baffled by Harry Styles and his ‘British’ accent in a clip of his new film ‘Don’t Worry Darling’ that was posted on Instagram.

Former One Direction pop star Harry Styles has set the internet alight after a previously unseen clip of his upcoming movie, ‘Don’t Worry Darling’ was uploaded onto social media as a taster last Wednesday, August 24. It originally came as a massive shock to the public when the British performer was cast in the role of Jack.

Styles – with very little acting experience on his CV – replaced an established actor in the shape of Shia LaBeouf. It then came to light that he was in a romantic relationship with Olivia Wilde, who just happens to be the film’s director.

He acts opposite Florence Pugh, the talented Academy Award–nominee, who plays the part of Alice, his wife. When the new clip from the movie appeared on social media, there was a rush of posts from users asking what Harry’s accent was all about. People were unable to decide whether his character was meant to be American or British.

Harry is of course from Cheshire in England, but people have been left confused by his dialogue, with one user even claiming to have noticed him changing his accent twice during the short clip from the film. Others accused him of having a terrible English accent, like that of an American trying to be British.

On September 5, the Venice Film Festival will host the premiere of the highly-anticipated psychological thriller, ‘Don’t Worry Darling’. That is why the teaser was uploaded. Harry also has another film in production, this time a period romance set in Britain, called My Policeman.

His previous cinematic work includes his debut in Dunkirk, the award-winning Christopher Nolan World War II epic. Despite a lack of screen time, he received many rave reviews for his appearance, with fans more used to seeing him on a stage singing with his boyband.

A cameo role as Thanos’ brother Eros came in 2021, in the Marvel Cinematic Universe release ‘Eternals’. Harry is tipped to have signed up to appear in more films from MCU, but in a bigger capacity.

What’s the accent? Is the character American? British? I’m confused…

he sounded Australian or even southern when he said “our life” but then a mix of British and American throughout the rest lol. I’m so confused. Where was Olivia’s directing? Couldn’t she hear how all over the place his accent was when filming?

why is everybody hating on this? his acting seems fine. hard to judge too much without any context.