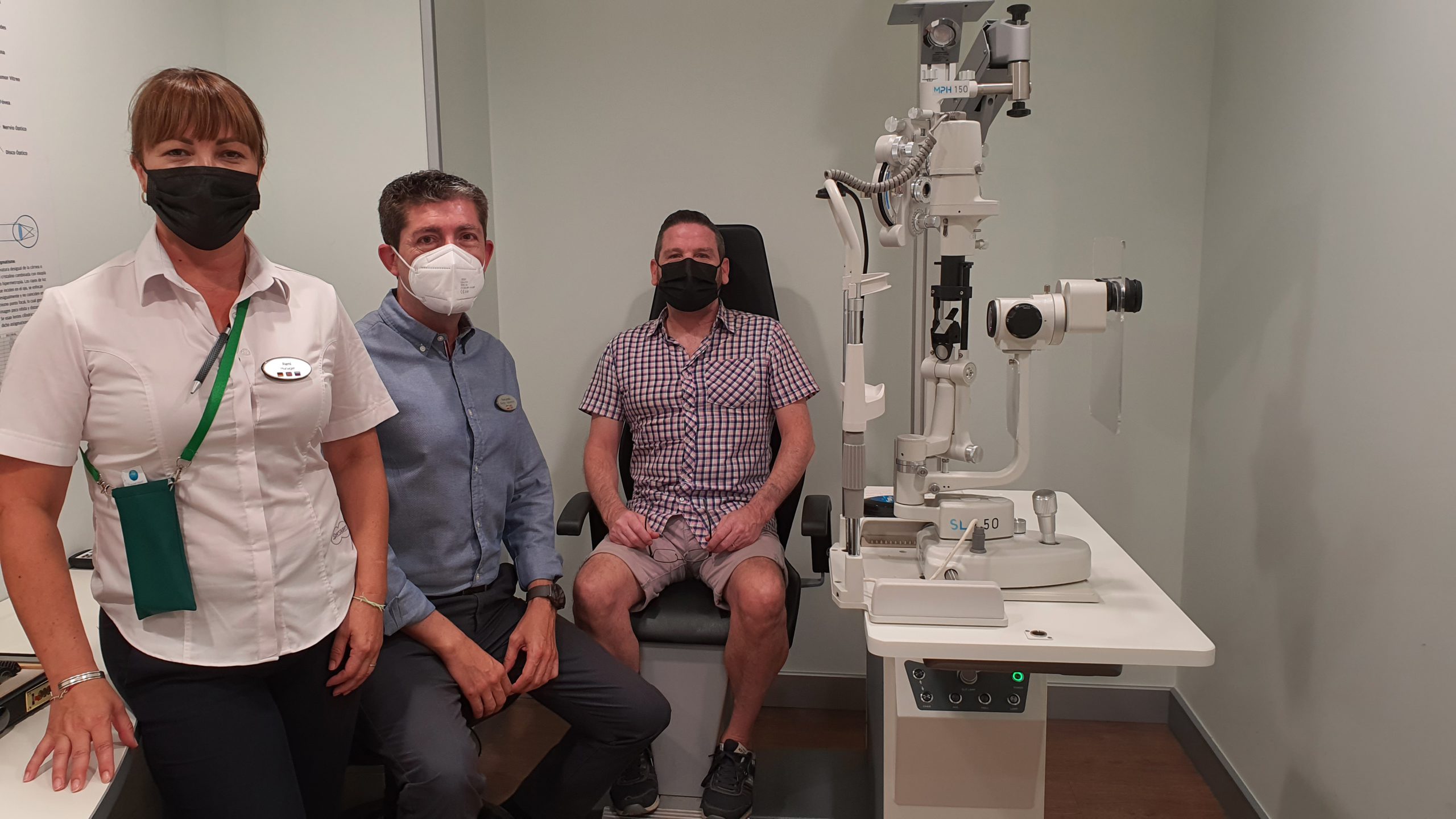 The actions of the optometrist highlight the importance of halting sight loss from glaucoma.

A man who thought he had his glaucoma under control has praised Specsavers Opticas in La Zenia after the optometrist’s quick-thinking actions saved him from potentially losing his sight in both eyes.

Douglas Addison, who had a family history of glaucoma and was first diagnosed with it 10 years ago, noticed he was losing his peripheral vision last year which is a common sign that glaucoma is permanently damaging sight.

He booked an eye test at Specsavers Opticas and the optometrist found that his eye pressure was extremely high. They urgently referred Mr Addison to the hospital where they confirmed his diagnosis and performed a surgical procedure to stop the glaucoma from getting worse.

Unfortunately, he lost 75 per cent of the vision in his right eye. But Mr Addison remains very grateful to the team at Specsavers Opticas in La Zenia for the referral and the surgical team who stopped him from losing vision in both eyes.

Mr Addison wants to tell his story to raise awareness of the importance of regular eye tests, not simply to see if you need glasses, but to check the health of your eyes and protect your vision.

He added: “I’d also like to say a big thank you to the team at Specsavers Opticas in La Zenia. If their optometrist hadn’t sent me to A&E, I would be blind. While I did lose sight in one eye, I can lead a full life and am so grateful that with the operation and treatment my vision won’t get worse.”

Glaucoma is often referred to as the silent thief of sight as in most cases it doesn’t display any symptoms. One of the best ways to detect glaucoma is during a routine eye test, which includes visual health checks.

Specsavers Opticas recommends everyone should have an eye test every two years unless they are experiencing any problems or are advised by an optometrist.

To book an appointment at your nearest store visit www.specsavers.es.