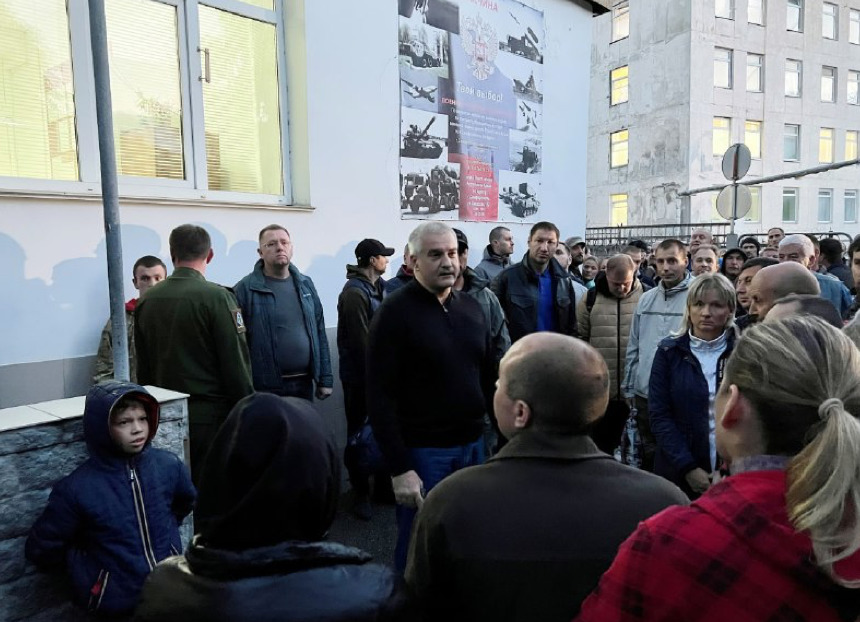 The Head of Crimea, Sergey Aksyonov has expressed his gratitude to the citizens who have been mobilised for the ongoing Russia Ukraine war, as reported on Friday, September 23.

The Head of Crimea expressed his gratitude to the citizens mobilised for the Russia Ukraine war in a statement on his Telegram channel which read:

“Today in Simferopol, I met with the mobilised men and their families to talk to them personally before they leave for the military units in Sevastopol, where the retraining and combat readjustment will take place.”

“On Monday, I plan to visit Sevastopol and meet with the personnel, to assess the conditions in which our guys are, as well as their equipment.”

“Material provision for all the fighters will be kept under my personal control. Families will be assisted in all areas without exception.”

“If you have any questions, you can contact me personally through the portal of the Government of the Republic of Crimea and social networks.”

“Municipal administrations will also be in touch with the families. All necessary contact telephone numbers will be publicly available.”

“I am grateful to the people of Crimea for their attitude and courage during this difficult time for the country, and to the families for their understanding and support.”

“In fulfilling their military duty, they are standing up to defend our homeland, their home. This requires a great deal of fortitude and firmness, which no doubt our citizens have.”

The news follows Moscow Prosecutor’s Office issuing a warning of liability for calling and participating in unauthorised mass events (including on the Internet) after Russian anti-war movement “Vesna” has called for nationwide protests following President Vladimir Putin’s announcement of a “partial mobilisation”, as reported on Wednesday, September 21.