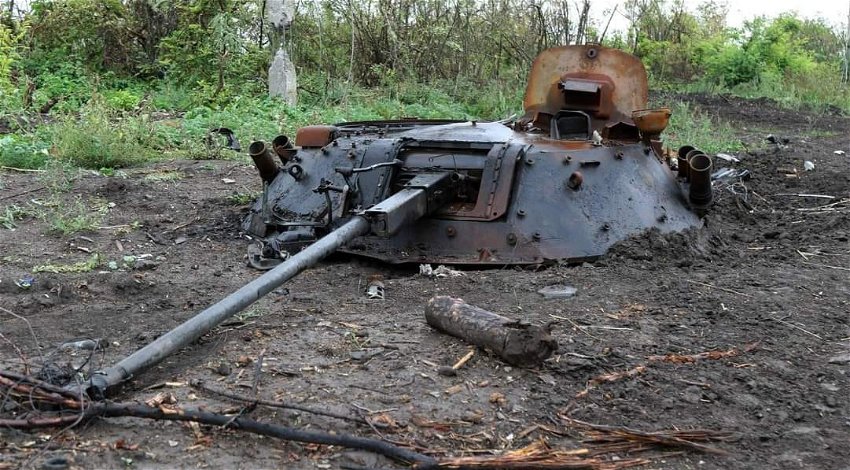 ON Friday, September 23, Ukraine’s Ministry of Defence published updated figures of combat losses inflicted on Russian forces since the beginning of the war, including the destruction of more Russian tanks.

In the updated Russian combat losses, Ukraine’s MoD announced that a further 18 Russian tanks had been destroyed by Ukrainian forces on Thursday, September 22. This takes the number of Russian tanks lost in Ukraine to 2254.

According to the latest data, another 550 Russian soldiers died in battle, which has brought the total to around 56,060.

The other significant increase in figures is the loss of one Russian plane which takes the number destroyed by the Ukrainian army to 254. Ukraine also confirmed the destruction of one Russian helicopter, taking the total to 219.

"Do not compare your material forces with those of the enemy. Spirit cannot be compared with matter. You are human beings, they are beasts. You are free, they are slaves."
Simon Bolivar

Total combat losses of the enemy from Feb 24 to Sep 23: pic.twitter.com/bXyTAHMh7w

A detailed breakdown of the 212th day of the war shows that the loss of the 20 more Russian forces’ Armoured Personnel Carriers (APCs) now means Ukraine has destroyed 4796, while the destruction of 14 more Russian artillery systems now means that Putin’s army has now lost 1355 in total.

Good morning 🔆
Have a nice day 😊

Eight Russian MLRS were also destroyed, taking the total lost by Putin’s army to 326, while nine drones were also shot down which means that Russia has now lost 950 to Ukrainian forces.