Putin’s cronies acknowledge abuses but blame others as citizens drafted 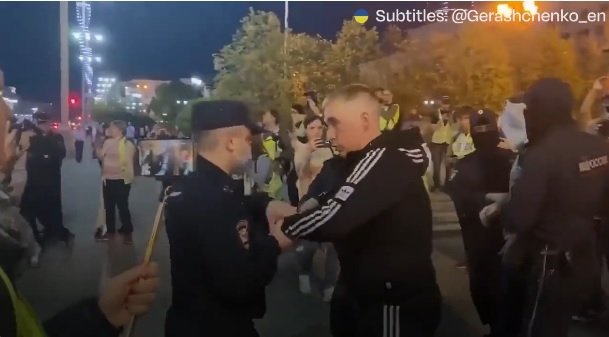 Putin’s cronies have acknowledged abuses in drafting citizens into the army but place the blame on regional authorities saying excesses are “inadmissible”.

A report by LaVanguardia on Monday, September 26 outlines numerous cases of abuse in meeting the call by Russian President Vladimir Putin to mobilise 300,000 citizens.

Included in the long list of reported abuses are stories of soldiers and officials forcing people onto buses to be taken away for training, even if they are clearly too old or lacking the required physical attributes.

In scenes reminiscent of labour camps, individuals many of whom have been called up despite having no prior military experience or the requisite skills, men are being forced to accompany the army recruiters whilst others are being thrown into jail.

Russian law allows for mobilisation in the event of foreign aggression or an attack on Russia, with the country claiming to have 2.5 million reservists. The call for partial mobilisation will more than double the number of armed forces sent to Ukraine, with estimates suggesting the initial invasion involved close to 200,000 personnel.

Dagestani women in Makhachkala are desperately protesting against the war and mobilization: “Why are you taking our children? Where did you attack?! Who was attacked?! Russia?! They didn’t come to us. We attacked Ukraine. war!" #RussianMobilization https://t.co/eEXRpEZN2y

The Ministry of Defence has in a Telegram message acknowledged the abuses saying: of “local reports of cases of improper mobilisation which clearly do not conform to the selection standards declared by the military command and which are actively debated by society and social networks.”

It goes further to address regional governors, who are in charge of overseeing the mobilisation: “The Ministry of Defence made public the criteria for the selection of those called up (…) There should be no room for interpretation or loopholes for subjective application”.

The speaker of the Federation Council (Senate), Valentina Matviyenko, has added her voice saying that such excesses were “absolutely inadmissible” and that she considered the negative reaction of society “completely fair”.

“It gives the impression that in some places they think it is more important to submit their reports quickly than to fulfil an important state task well. Such excesses are absolutely unacceptable. Make sure that the partial mobilisation is carried out in full compliance with the criteria, and without making a single mistake.”

The speaker for the Duma (lower house) Vyacheslav Volodin added his voice saying: “Complaints have been received,” he admitted. “If a mistake is made, it is necessary to correct it…. The authorities at every level must understand their responsibilities.”

Valery Fadeev, chairman of the Human Rights Council, an advisory body to the presidency, has according to LaVanguardia called on Defence Minister Sergey Shoigu to “urgently solve the problems” so as “not to undermine the confidence of the public”.

Fear has gripped the country over the call-up and the manner in which regional authorities have dealt with the draft, prompting some of Putin’s cronies to acknowledge the abuses.