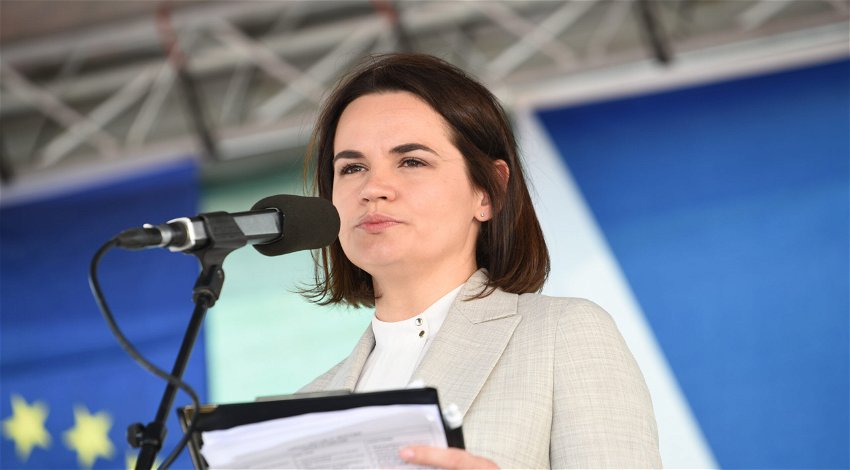 AN MP in Ukraine has doubts about the political position of exiled-Belarusian democratic leader Sviatlana Tsikhanouskaya with regard to Russia and its president Vladimir Putin.

Chairman of the Committee on Foreign Affairs of the Verkhovna Rada and member of Ukraine’s “Servant of the People” faction Oleksandr Merezhko told Radio Liberty that he has his doubts about exiled-Belarusian democratic leader Sviatlana Tsikhanouskaya and said he does not recognise her so-called “United Transitional Cabinet”.

“Tsikhanouskaya’s position on Russia and Putin is not clear enough,” he said.

“She seems to be afraid to call things by their proper names. For example, to clearly say that Russia is a terrorist state, an aggressor and an enemy of the Belarusian people.”

He added: “In addition, there are some dubious people in her environment. She also made statements related to Ukraine that caused misunderstanding in Ukraine.”

His comments come after Tsikhanouskaya addressed MEPs at the Foreign Affairs Committee on October 13.

Tikhanovskaya led the Belarusian opposition during the protests in the summer of 2020 in connection with the falsification of the presidential election of Belarus.

Due to persecution by the Lukashenko regime, she fled to Lithuania, and her husband was imprisoned in Belarus.

Tikhanovska has repeatedly been asked about her attitude to the Russian-Ukrainian war since it began in February.

“I am very hurt that there was a war in Ukraine, that in this way the country moved from one side to the other. This is a very painful issue. This issue divides people and pushes them together,” Tikhanovska said earlier this year.

Back in August 2020, Tikhanovskaya called Putin a “wise leader” and said that “the Belarusian people will never turn their back on Russia”.

And in October of the same year, she offered to meet with Putin to “understand why he supports Lukashenko,” as reported by unian.ua.