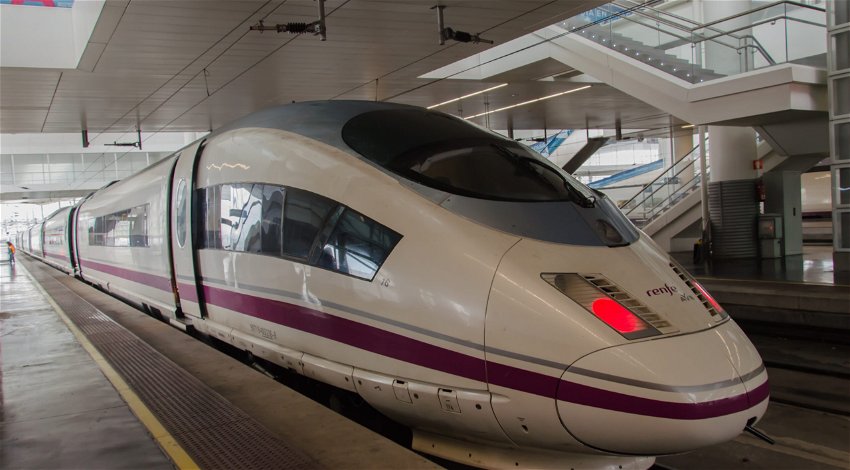 AN ‘uncontrollable’ Stag party has been fined €7,676 for delaying the Madrid-Málaga AVE train.

Each of the 11 revellers from the group will have to pay €697.82 euros for causing the hold-up after refusing to exit the train at Córdoba following disruptive behaviour in the cafeteria.

The railway operator today “condemmed” the group, who made the train 23 minutes late, and reported that the money will go towards compensation for the 216 travellers affected by the delay.

The incident took place on July 6, 2018, when the 11 young people – whose nationality has not been reported – boarded the AVE Madrid-Málaga, “increasingly disturbed order inside the train, shouting, singing and hitting the walls of the train, ignoring the instructions and calls for attention from Renfe staff”, reports Europa Press.

Renfe security tried to evict the group at Córdoba, where it paused for 15 minutes when “the defendants took the opportunity to definitively escalate their particular party in the train’s cafeteria, where they were drinking, dancing, singing and shouting at full volume and in a totally uncontrolled way”.

After the group refused to alight, the inspector called the National Police, who finally managed to eject the 11 defendants.

The sentence explains that the court considers that the “civil liability of the defendants has been proven” and exempts Renfe from blame for the delay.

Renfe revealed that in recent years it has seen an increase in bad behaviour on its trains, and sent out a warning to passengers who disrupt journeys.

A spokesperson said in a statement: “The company has shown itself and will continue to show itself forceful with behaviors that alter the trip.”

The rail giant added that it will resort to the State Security Forces and Bodies when serious cases of disturbance of public order occur and will “denounce these behaviors and their consequences on the rest of the passengers and on the company itself before the courts.”