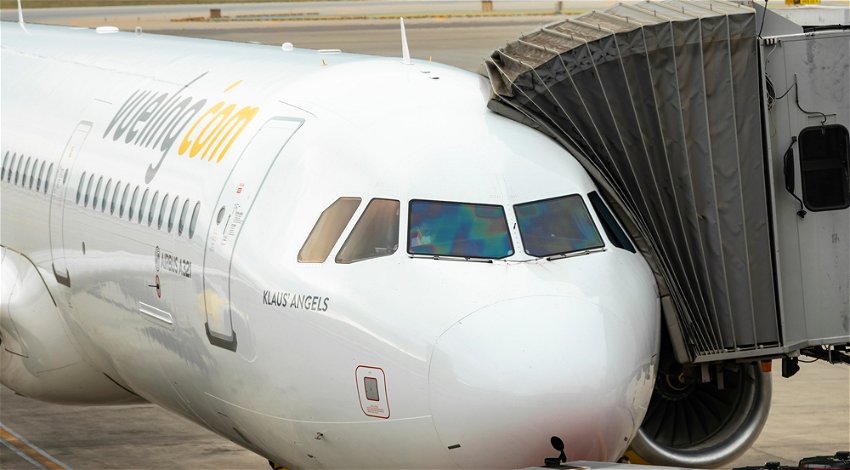 Vueling has cancelled more than 50 flights for Tuesday, November 1 as the strike organised by the Stavla Union gets underway.

Today, the first day of strikes, sees around 10 per cent of the day’s flights being cancelled with the airline having to maintain an adequate service by law. That requirement has resulted in the union calling off the Ryanair strikes for now.

Although the number of flights affected appears to be low, Vueling is said to be cancelling flights in advance of further strikes.

That has resulted in many complaints with Vueling failing to respond to customer queries. Many have taken to twitter and other social media saying no calls are being answered and social media is unattended.

@vueling perhaps there are more unsatisfied customers out there? Make yourself known #shitcustomerservice https://t.co/srkfYM8ppC

Our flight to Cairo on November 2nd got cancelled without any email or any contact from your side. It was literally a coincidence that made us know about the strike and cancellation. This is an absolute mess. No body answers the phone or the online chat

The Ministry of Transport has said that the strikes could affect more than three million people with more strikes to take place on key dates including December 6, 8, 24 and 31 and January 5. The strikes will also see crew walk out on Fridays. Sundays and Mondays.

Vueling has said that it expects to operate more than 80 per cent of its flights today, whilst other budget airlines are expecting to operate between 90 and 100 per cent of their flights.

The airline has said that it has rearranged flights for most of those affected, which has kept complaints to a minimum. Around a quarter of those affected are still waiting for refunds, with IAG having offered full refunds or a bonus if they take a credit.

The airlines appear to have learned their lesson from past strikes, which coupled with the government requirement to operate a service has led to minimal impact on travel. In Vueling’s case affecting a little more than 50 flights being cancelled.