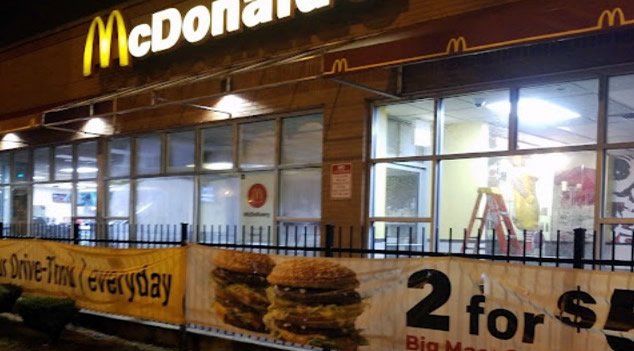 A shooting incident outside a McDonald’s restaurant in Chicago has left one man dead and two others hospitalised with gunshot wounds, one in a serious condition.

A shooting incident outside a McDonald’s restaurant in the city of Chicago on Thursday afternoon, November 10, resulted in the death of one man. Two others were also wounded during the event that occurred at around 2:47pm on the corner of W. 95th St. and S. Lafayette Avenue.

According to Chicago police, the deceased was a 27-year-old male. The two wounded on Chicago’s Far South Side were a 49-year-old female and a 27-year-old male. No further information has been released about the dead man except that he was shot multiple times. He was rushed to the Advocate Christ Medical Centre where he subsequently passed away.

The injured male was reportedly shot in the back. He was transferred to the same facility and is believed to be in a stable condition. The wounded woman is said to be in a serious condition at the University of Chicago Hospital.

Pastor Donovan Price, who has a church near the scene of the shooting, said: “There were three people walking. Two people had just purchased some food, and a car pulls up, apparently a white car, and just opened fire. Just an insane amount of shots”.

He added: “On the last warm day of the year, right after the elections, so we can see if some of these people are going to do what they say. And we got a good example today. It’s a violent day in the city and definitely a violent, just crazy day, while people are trying to come home from work”.

Officials reported that shell casings had been found inside the restaurant. Eyewitnesses speaking with ABC7 told the news channel that a vehicle drove past the McDonald’s and bullets were fired from it, as reported by abc7chicago.com.