Why was driver who mowed down police recruits in his car set free? 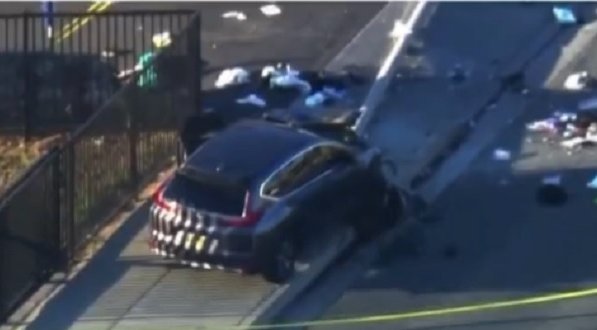 The driver who was arrested after he mowed down police recruits injuring more than 25 of them, five critically, was set free hours later to everyone’s surprise.

On Saturday, November 19 the Los Angeles Times delved into the possible reasons why the driver was set free.

When the incident happened, Nicholas Joseph Gutierrez was arrested on suspicion of attempted murder of police officers. At the time the Los Angeles County Sheriff Alex Villanueva said that this was a deliberate act and that Gutierrez had intentionally driven into the recruits during their morning run.

25 LASD recruits on a training run were plowed over by a driver. The LAPPL has all of these future law enforcement officers in our prayers tonight. We wish them full and speedy recoveries. pic.twitter.com/DYZTbb6oDD

What the Los Angeles Times found is that the prosecutor ordered his release after they said they did not have a case to review, with police only allowed to hold detainees for 48 hours without charges being laid.

Tiffiny Blacknell, a spokesperson for the L.A. County district attorney’s office, said in a statement that: “They (Sheriff’s Department and the California Highway Patrol,) advised our office late [Thursday] that they would not be presenting a case at this time and that they would be releasing the suspect.”

Legal experts suggest that a case will still be brought but that Gutierrez’s release is what happens when you balance the act of bringing charges while following criminal procedure, including fact-gathering and constitutional rights.

Lisa Zhao Liu, a criminal defence attorney and former prosecutor said: “It’s most likely the fact that the district attorney’s office has not been presented with sufficient evidence by the arresting agency to prove specific charges at the moment, but this can change as new evidence is presented.”

In California a defendant has the right to a fair and speedy arraignment and trial, but for that to happen the prosecutor needs to have evidence that will stand up in court and that can take time.

Prosecutors have one year in which to file misdemeanour charges and three years to file felony charges from the date of the incident. So for now the driver who mowed down the police recuits remains free.