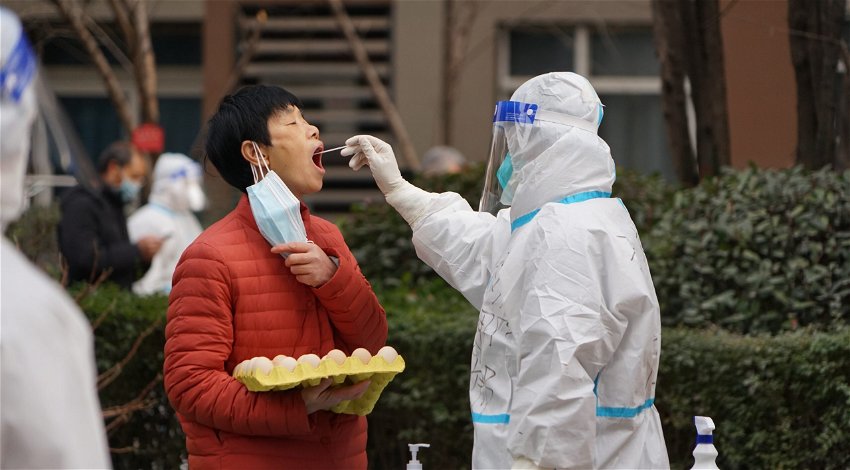 11:12 (December 5) – China may be about to ease the strict measures that have been in place as the country struggles to contain the spread of COVID-19.

The strict zero tolerance policy has resulted in massive demonstrations across the country, the call for the government to resign and the stagnation of the economy.

The combination has according to sources spoken to by Reuters resulted in a rethink and the possible relaxation of measures, which have in areas been over zealously implemented in some towns and cities.

These sources say that the disease may be downgraded as soon as January, if not sooner to the less strict Category B from the current top-level Category A of infectious disease.

Attempts by Reuters to verify the information have not been successful with the National Health Commission failing to respond to requests.

The possible downgrade follows the statements last week by Vice Premier Sun Chunlan who said China was facing “a new situation” as pathogenicity of the Omicron virus weakened.

This was the first acknowledgment by the government that the virus was posing less of a threat. Among the changes expected are allowing people to be quarantined at home and the reduction of quarantine areas to the building in which the virus is found.

Currently those found to be positive are shifted to quarantine facilities and the whole neighbourhood is shut down.

China, like elsewhere in the world, is seeing a very low death rate with analysts suggesting as much as 95 per cent of the cases are mild or asymptomatic.

10:09 (December 4) -The US has said that China won’t accept Western vaccines instead choosing to continue with its zero COVID-19 tolerance policy that has resulted in riots and demonstrations.

According to Avril Haines, The US Director of National Intelligence, President Xi Jinping is unwilling to accept assistance from the West despite the policy proving damaging to his leadership and his party’s rule.

On Sunday, December 4 more concessions were made with a loosening of the tough testing and quarantine rules that have seen millions “locked” in their homes.

Despite the impact of the policy on the country’s economy, Xi has refused assistance from western pharmaceutical companies whose vaccines have proven effective against the virus. China’s own vaccine is according to Haines, just not effective.

Speaking at the Ragan National Defence Forum she said: “Seeing protests and the response to it is countering the narrative that he likes to put forward, which is that China is so much more effective at government.

“It’s, again, not something we see as being a threat to stability at this moment, or regime change or anything like that.

“How it develops will be important to Xi’s standing.”

So far China has yet to approve any western produced vaccine for use in the country, which some believe is what is behind the zero-tolerance policy. Those that have been approved have all been developed in China but have according to analysts proven ineffective hence the need for a different strategy.

A US official told Reuters that they do not expect China to approve any western vaccines. They said: “It seems fairly far-fetched that China would greenlight Western vaccines at this point.

“t’s a matter of national pride, and they’d have to swallow quite a bit of it if they went this route.”

Although there has been some lessening of the tight restrictions, experts don’t see any room for an alternative whilst China won’t accept Western vaccines.