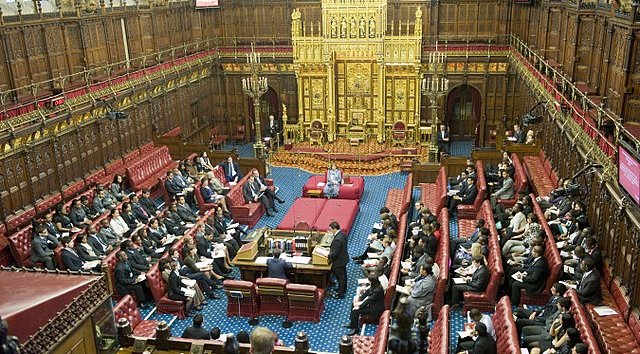 The Labour Leader Sir Keir Starmer has pledged to abolish the House of Lords in his first term if he is elected, saying that the institution is indefensible in its current form.

Speaking on Sky News on Monday, December 5 Starmer said the abolishment of the House of Lords was one of the recommendations contained in the report by Gordon Brown, who he had asked to look at how the economy and British politics could be fixed.

He said: “It’s one of the recommendations, as you know, in today’s report.” The report forms part of Labour’s blueprint for a “New Britain”, put together by a commission under the leadership of former Prime Minister Gordon Brown.

Starmer added: “What we’re going to do after today is now consult on those recommendations, test them, and in particular, look at how they can be implemented.”

When asked directly whether that means the House of Lords will abolished, he replied: “Yes, I do.

“Because what I asked when I asked Gordon Brown to set up the commission to do this, I said what I want is recommendations that are capable of being implemented in the first term.”

“We’re going to get one shot at fixing our economy and fixing our politics and I want to make sure we get it exactly right.”

Not everyone is sold on the idea, however, with Tory peer Lord Norton urging caution in a Radio Times interview:  “One has to be wary of some Big Bang reform, grand reform, which often takes the form of displacement activity.

“The nation’s got problems, people must come up with constitutional reform because it’s a fairly simple, straightforward proposal, rather than actually getting down to the real issues.”

The report, two years in the making, recommends among other items:

Responding to the question of whether the economy could be fixed by re-joining the EU, Starmer said he did not think it was a panacea. However, he did say that he felt a “better BREXIT” would work for the country.

Sir Keir Starmer who has pledged to abolish the indefensible House of Lords in his first term, will need a significant majority in parliament to enable him to do so. With elections a little over a year away, he will need to hope that he can retain the current popularity that his party enjoys.