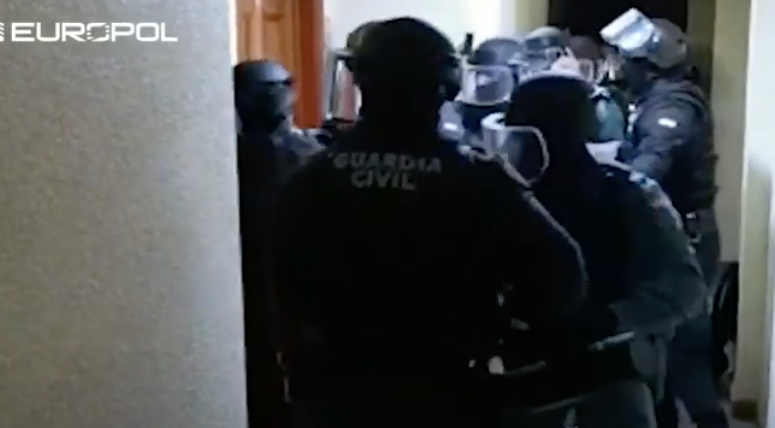 A TOTAL of 910 potential victims of human trafficking were identified and a total of 636 suspects were arrested across Europe in October as part of a large-scale EMPACT Joint Action Days (JAD).

In total, 34 countries across Europe, supported by EU agencies and international organisations*, took part in these large-scale coordinated actions. The EMPACT Joint Action Days were planned based on an intelligence-led approach in which police, customs, immigration agencies and border control agencies joined forces.

Checks at borders and locations vulnerable to exploitation

In the framework of the EMPACT Joint Action Days, national authorities targeted human trafficking for sexual exploitation, forced begging and forced criminality. Officers made special checks at borders, bus and train stations, and locations vulnerable to exploitation such as brothels, massage parlours, shelters for families, shelters for victims of domestic violence and hospitals. National authorities also performed preventive actions. For example, Romanian authorities conducted awareness-raising and preventive activities to identify potential victims of human trafficking on their way to destination countries. These activities focused on checks and controls of persons and vehicles, controls in street prostitution areas, and awareness-raising of the threat of human trafficking and exploitation.

National authorities developed a number of investigations linked to the action days. One example is the identification of an individual suspected of child sexual exploitation in Croatia. The suspect was luring victims, mainly minors, via social networks. The investigative activities led to the identification of 16 victims, 14 of which were minors.

Europol’s officers deployed to Moldova earlier this year, as part of Europol’s support to bordering countries in the context of the war of aggression against Ukraine, also contributed to the action days.

* This designation is without prejudice to positions on status and is in line with UNSCR 1244/1999 and the ICJ Opinion on the Kosovo declaration of independence.