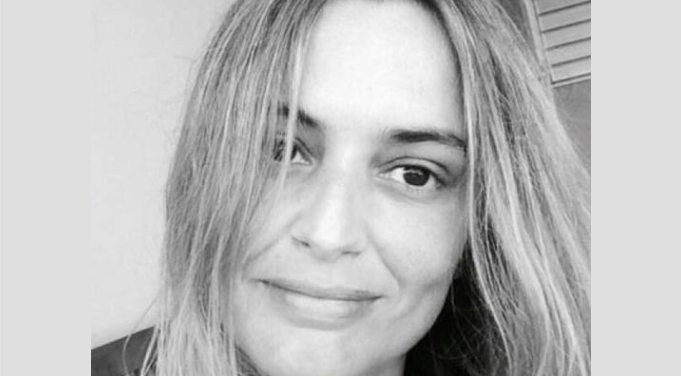 TRIBUTES flooded social media on Tuesday, December 6 following the news that Lorena Palau, director of La Rambleta theatre in Spain’s Valencia had died unexpectedly at the age of 47.

Palau, who studied economics at the University of Valencia, had been running the theatre in the San Marcelino neighbourhood for a decade and leaves behind a lasting legacy.

A statement issued from La Rambleta theatre via ABC revealed Palau died “unexpectedly” as they paid tribute to the young director.

“Under her direction, Rambleta made a spectacular leap forward as a centre for the exhibition and creation of all artistic manifestations. Her great contribution to Valencia was to achieve a global cultural project and to provide the city with a quality and innovative programme,” it said.

“Her management was characterised by generosity, coherence, honesty, rigour and social sensitivity.”

It added: “She was courageous, loyal to her principles and was never intimidated by anything or anyone, facing all the problems that arose, which she was able to resolve with serenity, strength and judgement.

“She supported the local creative fabric, and felt close to the San Marcelino neighbourhood and its residents, who always expressed their admiration and affection for her.

“Lorena was a wonderful woman, supportive, inclusive, a great defender of freedom, equality and diversity, professional, restless, companion and friend. One of those people who leave a mark of sensitivity and harmony.

“She was able to devote herself to her great passion, culture, which she always understood as a transforming force in society, and defended it as a basic necessity for people.

“Known and valued by all those who had the opportunity to interact with her, she leaves a huge void in Rambleta and in the local and national cultural fabric. Lorena will remain with us, her ideas, her cultural project, her memory.”

Valencia City Council’s Councillor for Cultural Action, Maite Ibáñez, wrote on Facebook: “How sad! I met Lorena shortly after I arrived at the council and from the beginning we connected. I saw in her a professional cultural manager, committed to programming quality, to working with audiences”.

She added: “Her enthusiasm always comes first, her love for culture, for the theatre, for music. Our last meeting was a few weeks ago, in ‘Una noche sin luna’, the tribute to Lorca with Juan Diego Botto. Lorena was programming it again and, with a twinkle in her eye, she asked me not to miss it. Unforgettable. Congratulations’, was my message as I left. That was her work, as a woman and as a manager.”

Similarly, the deputy mayor, Sandra Gómez, wrote on Twitter: “Lorena Palau has left us. An excellent manager who spent 10 years at the helm of La Rambleta. A defender of good projects. A great professional who contributed to building the cultural history of València.

“My sincere condolences to her family and friends.”

Other tributes poured into social media for the young woman.

One person on Facebook wrote: “Lorena Palau was not only the director of La Rambleta. You were a great woman who helped many of us to show our art to the world.

“The day before yesterday we were laughing on WhatsApp and today you’re gone. I don’t understand and it makes me angry…. 😠😭

“I want to send a big hug and lots of encouragement to your siblings Inma and Toni and to your other relatives, loved ones and friends in common, who are many.

“You hired me 7 years ago to perform at La Rambleta and since then you have counted on me for countless events. From concerts in Rambleta and Jams Cycles where you gave me the wand of command to be able to hire great musicians from Valencia to weddings of your relatives and birthdays of friends. The last one, 2 days ago. 🥺

“I thank you (this time publicly) for always being so close, professional and for showing such admiration for my music.

“Today the world loses a GREAT PERSON AND PROFESSIONAL in show business and beyond. And I lose a friend, partner and? fan. 😞😞😞

Another person said: “I can only say good things about Lorena Palau. Her involvement with the Rambleta project and with culture. The way she always treated us.

“From not knowing you at all to falling in love with someone else’s project and making it her own. Two years ago we presented a story that he loved and we couldn’t get it off the ground. “When you get it, come back and we’ll talk”. I haven’t spoken to her or seen her since.

“I don’t understand anything about this life that gives one lump of salt and one of sand in brutal spades. It has taken away a wonderful person.

“May life be easy for you and may you continue doing what you love and taking care of the ones you love wherever you are. A big hug to those of you who were close to her and to her family. RIP.”

Another wrote: “Still shocked by the sad death of Lorena Palau, director of La Rambleta. We accompany her family and friends in their grief. She leaves us an excellent legacy forged with her love for culture and, in particular, for theatre and music. May she rest in peace.”

The cause of death has not yet been revealed.