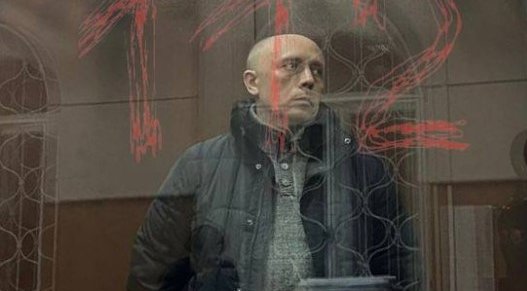 Major General Dmitry Muryshov, the head of Russia’s FCS anti-corruption department has been arrested by the FSB and TFR security services on bribery charges.

According to investigators, the general received bribes worth several tens of millions of rubles. These were allegedly paid through intermediary subordinates from ‘unidentified participants in foreign economic activity’.

For some reason, the customs officers who were giving testimony did not name the bribe givers. As a result, in the criminal case, which, according to the FSB reports, was opened in the main investigative department of the TFR.

Muryshov was said to have received money from ‘unidentified participants in foreign economic activity, specialising in the import of goods into Russia’. Millions were paid to the general, according to investigators, ‘for general patronage, expressed in facilitating the movement of goods across the customs border’.

Events in the case developed rapidly – on December 8, the investigator opened a case, and the very next day, his defendants were detained. Unlike General Muryshov though, they were not taken into custody.

Addressing the Basmanny District Court, the investigator indicated that a high-ranking customs officer could not only threaten prosecution witnesses who ‘exposed him of committing a crime’, but also, ‘create false evidence of his innocence, as well as hide property subject to arrest’.

Dmitry Muryshov and his defence lawyers called the arguments of the investigation unfounded and unsubstantiated. They said their client did not recognise the charges brought against him by the investigator and asked judge Natalya Dudar to confine him to house arrest or ban him from certain actions.

It was noted by the judge that Muryshov had a previous exemplary record and had not been involved in anything reprehensible before. On the contrary, he had numerous awards and recommendations she pointed out.

Judge Dudar sent the general to a pre-trial detention centre until February 8. She pointed out that at this stage of the investigation, the chosen preventive measure does not violate the rights of the defendant against corruption, guaranteed to him by Part 1 of Art. 49 of the Constitution of Russia.

According to this clause, each accused is considered innocent until guilt is established by a court verdict that has entered into legal force. The defendant’s lawyer declined to comment to the media on the matter, as reported by kommersant.ru.

The case was also reported on the 112 Telegram channel which claimed that Muryshov’s detention was closely connected with the case of Maxim Rozsypalo. He was the head of the North-West Customs Administration in St Petersberg who had been caught red-handed by the security services. Allegedly, he testified about his participation in Muryshov’s criminal scheme.