BREAKING: Boris Becker freed but will be booted out of Britain 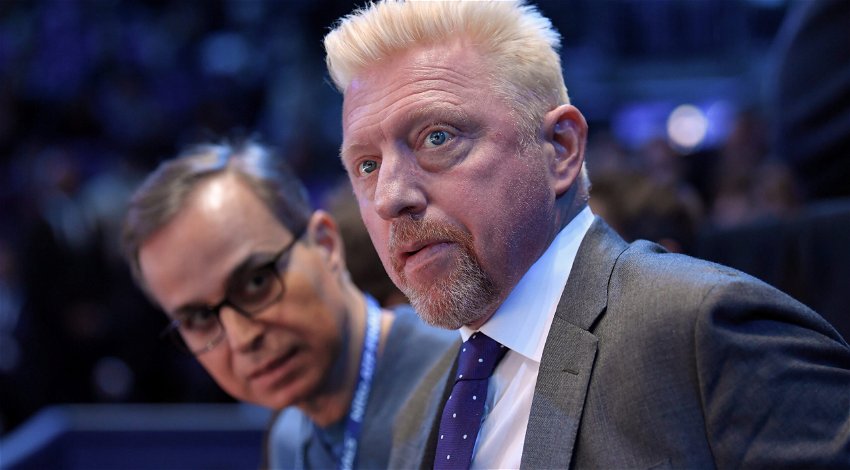 BREAKING: Boris Becker freed but will be booted out of Britain. Image: PROMA1/Shutterstock.com

FORMER tennis star Boris Becker has been freed from Huntercombe prison in Oxfordshire, UK, but will soon be deported back to Germany, as reported on Thursday, December 15.

Three-time Wimbledon champion Boris Becker, 55, was freed from prison and will be deported to Germany, as reported by German news outlet BILD.

The news may not come as a shock after an exclusive report by The Sun, last month revealed Becker would most likely be back in Germany in time for Christmas.

A prison source told the publication at the time: “He’s been signed up to a scheme that means he’ll be home in time for Christmas”. This early release scheme apparently allows: “any foreign national serving a fixed sentence who is liable for removal from the UK to be removed from prison and deported up to 12 months before the earliest release point of their sentence”.

Becker was found guilty of hiding £2.5million (€2.9 million) in assets while declared bankrupt but signing up for the scheme means he will probably be home in Germany for Christmas. By agreeing to be deported, foreign offenders can have up to 135 days cut from their sentences.

“Any foreign national who is convicted of a crime and given a prison sentence is considered for deportation at the earliest opportunity”, said a spokesman for the Home Office.

“We are pleased for Boris that he may qualify for an early release and be able to travel to Germany, albeit England has been his home for many, many years. I’m sure it will mean a lot to him and his family to be reunited for Christmas”, commented Boris’ former spokesperson.

The announcement on December 15 comes after streaming service Apple TV + revealed it would be releasing a two-part documentary about Becker.

The documentary is reportedly based on three years of exclusive access to Becker and will shed light on “all aspects of the man”, the company said in a statement.

A short trailer for the documentary showed a red-eyed Boris Becker, who states a few days before the sentencing at the end of April: “I’ve reached my lowest point. I’ll see what I do with it.”

The short clip ends with the words: “It’s Wednesday afternoon, on Friday I’ll know the rest of my life.”

The series, directed by #AlexGibney, follows tennis superstar Becker as he faces bankruptcy and criminal charges after he was convicted of hiding his assets.