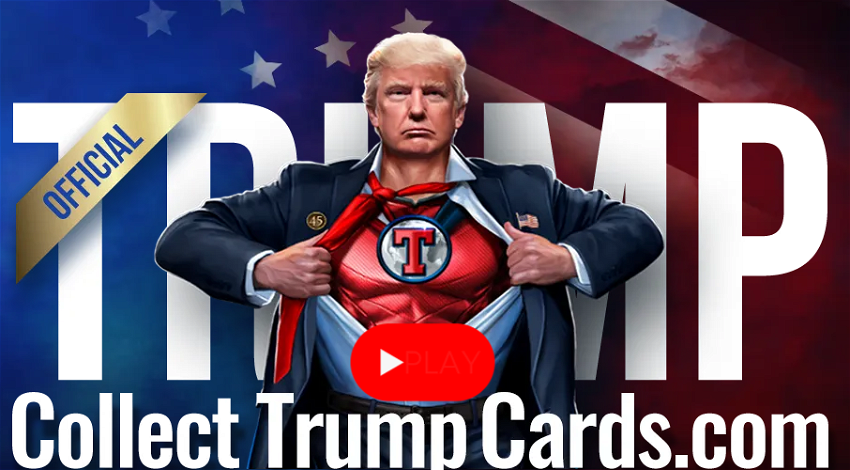 SuperTrump just one of the NFT cards available Credit: www.collecttrumpcards.com

Trump supporters were waiting for a promised “major” announcement on December 15 and most though that he would reveal the name of his running mate in the 2024 Presidential election.

This however wasn’t the case as he announced the release of a selection of non-fungible tokens (NFT) showing Donald Trump in a series of poses as superhero, golfer, politician, hunter, cowboy, astronaut and much more.

NFTs are created using the same type of programming used for cryptocurrencies but they are normally used to depict art as they are not considered cryptocurrency and generally there isn’t a market for them except from collectors and their price will only increase if there is a collector demand.

On the website offering the NFTs for sale, there were several special offers so that the more that were purchased, the better the incentive, one of which promised a personal dinner with the president and another a round of golf with him and his friends.

In his announcement on his Truth Social media platform, Trump explained that the NFTs are “very much like a baseball card, but hopefully much more exciting”, adding that the cards “would make a great Christmas gift”.

Although happy to promote the sale of the cards which certainly make him look very slim and netted around $455,000 (€427,000) a statement on the site selling the cards went to some pains to distance itself from the president saying;

“These Digital Trading Cards are not political and have nothing to do with any political campaign. NFT INT LLC is not owned, managed or controlled by Donald J. Trump, The Trump Organization, CIC Digital LLC or any of their respective principals or affiliates. NFT INT LLC uses Donald J. Trump’s name, likeness and image under paid license from CIC Digital LLC, which license may be terminated or revoked according to its terms.”

Thank you for reading ‘Donald Trump NFT collector cards sell out in 12 hours’ and remember that all articles produced by Euro Weekly News may be accessed free of charge.