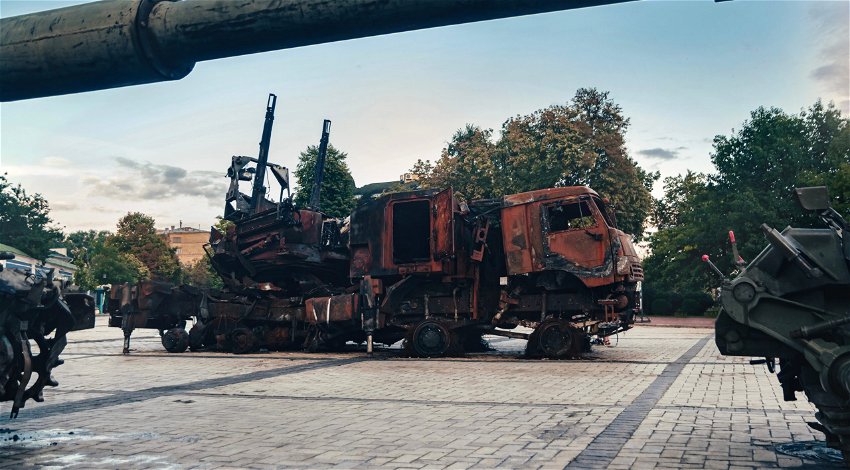 Image: Destroyed and burned Russian MLRS by Ukrainian military in the centre of Kyiv - Andrew Zaikovskyi/Shutterstock.com

ON Friday, December 16, Ukraine’s Ministry of Defence published updated figures of combat losses inflicted on Russian forces since the beginning of the war, including the destruction of more MLRS.

In the updated Russian combat losses, Ukraine’s MoD announced that a further four Russian MLRS (Multiple Launch Rocket Systems) had been destroyed by Ukrainian forces on Thursday, December 15. This takes the number of Russian MLRS lost in Ukraine to 410.

According to the latest data, another 680 Russian soldiers reportedly died in battle, which has brought the total to around 97,270.

Загальні бойові втрати противника з 24.02 по 16.12 орієнтовно склали / The total combat losses of the enemy from 24.02 to 16.12 were approximately: pic.twitter.com/y3gfWQo5Qf

A detailed breakdown of the war shows that the loss of six more Russian Armoured Personnel Carriers (APCs) now means Ukraine has destroyed 5952, while the destruction of another three Russian artillery systems now means that Putin’s army has now lost 1946 in total.

Ukraine also reportedly shot down another four Russian drones, which means that Russia has lost 1648 UAVs in Ukraine.

The news comes after Ukraine’s biggest energy company, Ukrenergo, was forced to declare an emergency on Friday, December 16 after more Russian attacks destroyed critical infrastructure in the war-torn country.

As a result of more Russian missile attacks, more than 50 per cent of the consumption of the country’s unified energy system was lost, NPC Ukrenergo reported.