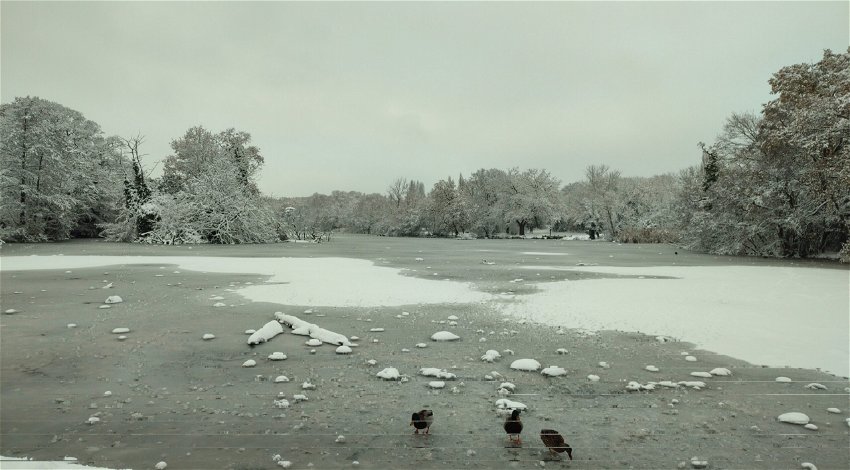 Weather forecasters in the UK have warned of a danger to life as snow and freezing rain arrive in the north of England.

The Met Office said on Sunday, December 18 that the freezing cold could last until at least 8 pm and could see ice of two to three millimetres on untreated surfaces.

With widespread ice and no break in the cold, driving conditions will be hazardous. Public transport could also be affected whilst the combination of increased demand and poor weather could result in power cuts.

With more rain expected the incidence of ice-covered surfaces will increase both in public areas and also across the private property with walkways and driveways likely to be badly affected.

The weather is expected to begin improving from Monday and could reach double figures during the day in some areas. In the meantime fog, ice and snow will be the order of the day.

Met Office forecaster Marco Petagna told Sky News: “At the moment daytime temperatures are low single figures, and in places are staying below freezing under snow cover, so some areas are just a little bit below zero.

“But daytime temperatures by Monday, we’re looking at across the UK highs of 11C to 14C, so around about 15 degrees certainly higher than they’ve been.”

He said: “The last thing we want is for people to experience further disruption as temperatures rise this weekend, putting many homes at risk of burst pipes due to freeze-thaw.

“That’s why we’re urging everyone to check their water pipes are well insulated now and to follow our simple tips to protect homes against weather conditions.”

Authorities have asked residents to be careful after UK forecasters warn of danger to life, but that warning has come with the good news that the start of the week will see a vast improvement in the weather.