UPDATE: Russia will “destroy ALL military equipment sent from Greece to Ukraine” including S-300s 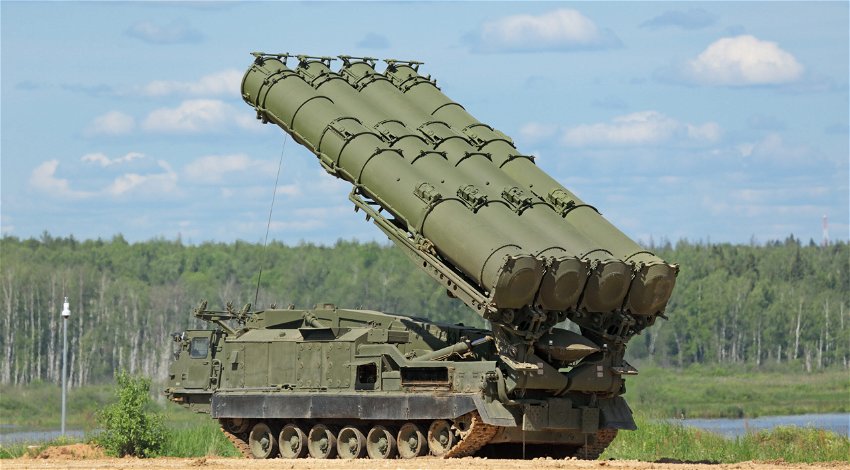 UPDATE: Russia will "destroy ALL military equipment sent from Greece to Ukraine" including S-300s. Image: ID1974/Shutterstock.com

KREMLIN spokeswoman Maria Zakharova, who recently stated that Russia and the US were on the verge of a direct clash, said that all military equipment sent from Greece to Ukraine would be “destroyed”, including S-300 surface-to-air missile systems, as reported on Monday, December 19.

UPDATE 3.27 pm (December 19) – Zakharova said that all military equipment sent from Greece to Ukraine, including the rumoured delivery of S-300 and other Russian or Soviet-type air defence equipment, would be “destroyed”.

The spokeswoman called the possibility of such arms deliveries a “gross violation” of the agreements between Moscow and Athens.

Zakharova said in a comment published on the Russian ministry’s website: “We consider the provocative plans to supply the Kyiv regime with S-300s and other Russian/Soviet-style air defence systems as openly hostile to Russia.

“The opinion of Greek citizens is ignored, 70 per cent of whom, according to public opinion polls, oppose pumping Ukraine with weapons.”

She added: “Officials in Athens are not worried that by sending weapons to the combat zone, they become direct accomplices of Ukrainian neo-Nazis who are waging a criminal war against the peaceful civilian population of Donbas, Zaporizhzhia and Kherson region, including numerous ethnic Greeks living there.

“We remind you that, among other things, we are talking about a gross violation of the provisions of the Russian-Greek intergovernmental agreements on military-technical cooperation of October 30, 1995, and on the supply of military products of December 3, 2013, which unequivocally prohibit Greece from re-exporting military equipment supplied by us to a third side without the consent of Russia.”

Zakharova added that “the violation of treaty obligations will inevitably have consequences, not to mention a significant weakening of the Greek defence capability in the field of air defence.”

“There is also a complete indifference on the part of the Greek side to international restrictions in the field of arms trade, which do not allow their export to those regions where this can lead to a violation of international humanitarian law and contribute to the aggravation of conflicts,” she said.

“No one should have any doubts that all military equipment sent to Kyiv will be tracked in a timely manner and destroyed by the Armed Forces of the Russian Federation.

“Before it is too late, you can abandon dangerous plans.

“Once again we warn the Greek leadership about responsibility.”

Muradov, the permanent representative of Crimea to Russia’s president Vladimir Putin, has said that the intention of the Greek authorities to transfer the S-300 surface-to-air missile systems to Ukraine was risky for Greece’s national interests.

His warning comes after Greek National Defence Minister Nikos Panayiotopoulos admitted that the Greek government was ready to send the S-300 air defence systems from Crete to Ukraine if the USA “installs Patriot systems in their place”.

Speaking to Russian state-controlled media outlet RIA Novosti, Muradov said: “Such a move by Athens would not only be a senseless demonstration of hostility towards Russia, but also a risky step towards its own national interests, as the Greek public is already loudly declaring.

He said that Greece should remember that Russia proceeded from the once-friendly relations with Athens and the Republic of Cyprus when it supplied them with S-300 anti-aircraft defence systems at the end of the last century.

“As the Russian ambassador to Cyprus at the time, I can remind you that they do not work against Russia, because they are equipped with a system of recognition of ‘friend-foe’,” he said.

“However, transferring these systems to Kyiv would undoubtedly radically undermine the Greek defence potential.”

While for several years, the US has been pushing Greece to give up Soviet and Russian-made weapons and replace them with American-made ones, as reported by RIA.