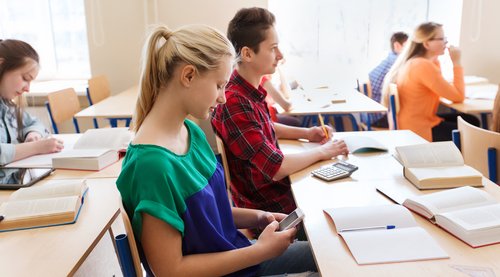 Giorgia Meloni’s right-wing government has compared the effects of using mobile phones with the use of cocaine as it moves to ban them from schools.

The Minister of Education, Giuseppe Valditara, was reported by La Vanguardia on Friday, December 23 as having sent a circular to all Italian schools and institutes prohibiting the use of mobiles in schools.

He said in his opinion, they represent a “distraction both for those who use them and for classmates, in addition to a serious lack of respect for the teacher that configures a disciplinary infraction punishable.

“I’m not saying you can’t get into class with your mobile. But you can leave it at the entrance or in any case outside the lesson: you go to school, to study, not to chat.”

Consent has in the past been down to the individual institution but the new minister believes: “Distraction with the mobile does not allow classes to continue in a profitable way.

“It belittles the figure of the teacher, to whom it is a priority to return authority.

“The common interest I intend to pursue is that of a serious school, once again focused on learning and effort.”

The circular suggests a “sense of responsibility” saying that no new disciplinary sanctions will be introduced and it is up to the institution to apply the ban sensibly.

It is understood the circular was accompanied by a Senate report that compares mobile phones with cocaine. It describes the “physical damages: myopia, obesity, hypertension, musculoskeletal disorders, diabetes” that come with mobile phone usage.

The research, which is based on specialist opinion, suggests: “The progressive loss of essential mental faculties, the faculties that for millennia have represented what we summarily call intelligence: the ability to concentrate, memory, critical spirit, adaptability, dialectical capacity.

“They are the effects produced by the use, which in most cases can only degenerate into abuse, of smartphones and video games on the youngest.

The new mobile phone ban is understood to have been well received although the minister has been criticised for saying that humiliation is acceptable in schools, as that is part of growing up.