UPDATE: 17 of the 61 people who died in the U.S. storm were found outside 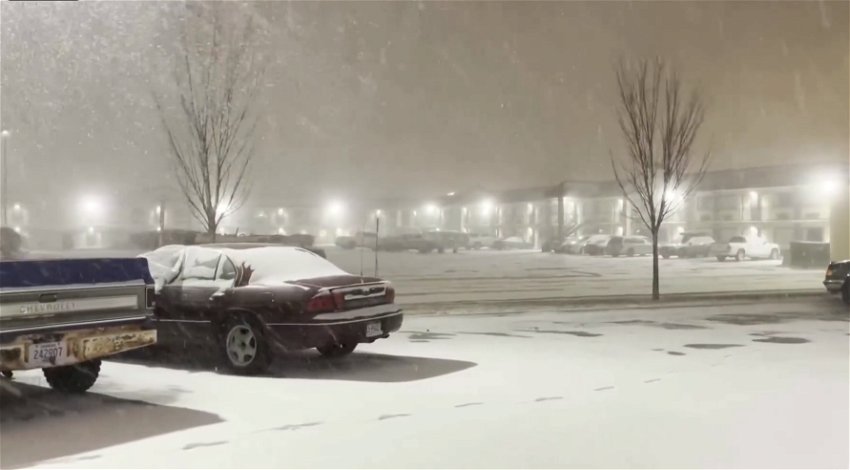 Officials said that four had died shovelling snow, four were found in their cars and a further 11 outside their homes. Three of those that died were as a result of the emergency responders’ inability to reach them on time.

Around a dozen of those that died did so in car accidents with the balance having died in their homes.

Officials in New York have warned of potential flooding as the snow begins to melt, with Mark Poloncarz an Erie County Executive saying: “It does not appear like it will be bad.

“Thankfully, it appears that flooding will be minimal.”

With the storm now over life is returning to normal as are flights, particularly those by Southwest whose systems failed during the storm resulting in more than 15,000 flights being cancelled.

10:41 (December 27) – The severe storm, Elliot, that hit the U.S. this last week has finally begun to subside leaving in its wake a trail of death and destruction.

The hardest hit has been the eastern seaboard of the United States where the death toll now exceeds 27 with some of those having died trapped in their cars, unable to escape the cold.

Power has been restored to many homes but more than 200,000 are said to be without power for the third or fourth day in a row, as the storm and vandalism take their toll. In Washington repeated acts of vandalism over Christmas Day saw the power cut to homes multiple times.

Every fire engine in the city of Buffalo is stuck in the snow according to Kathy Hochul – so how do cities prepare to rescue people when climate change starts throwing these storms around? The current infrastructure is totally inadequate for what's coming. pic.twitter.com/2djhEr5zJV

In Buffalo car to car searches have been conducted by authorities as they carry out rescues of hundreds of people stranded in the snow. Heavy rains were followed by up to 1.2 metres of snow making the area impassable, and resulting in a death toll now exceeding 28.

Looting has also been an issue in areas, with thieves taking advantage of the cold weather to clear out stores.

19:19 (December 26) – The storm that has blanketed the U.S. over the last few days has brought carnage on the country’s roads.

Buffalo, a state that usually gets a lot of snow, is said to be the worst hit resulting in Governor Kathy Hochul deploying the National Guard to assist where emergency services were unable to.

Speaking on Monday she told reporters: “This is a war with mother nature and she has been hitting us with everything she has.

“It is [like] going to a war zone, and the vehicles along the sides of the roads are shocking.”

The winter storm is the largest on record and has brought chaos and icy temperatures to more than 70 per cent of the country. Predicted to last a few more days, the death toll on the roads is likely to rise as the snow and rain turn to ice making driving and travelling treacherous.

With the death toll have exceeded 50 on the roads, the death toll from the cold is believed to be significantly higher. No countrywide statistics are as yet available and unlikely to be for some time, with the information needing to be collated in individual states before being shared with the national government.

According to the BBC, the death toll has now risen to more than 20 with some areas like Buffalo blanketed by three feet of snow (89 cm).  Heavy rain and flooding have also affected parts of the east coast.

More than 100 areas are expected to break cold weather records as the storm continues its path.

07:10 (December 24) – The “bomb cyclone” that has brought freezing cold weather to large parts of the states has resulted in at least 12 deaths.

The storm, which covers an area of some 3,200 kilometres (2,000 miles) has left thousands stranded and as many as two million without power. The storm has also affected the lower parts of Canada with temperatures dropping to minus 55C in parts.

It has also left the town of Hell in Michigan, well known for its cold weather, frozen over.

The cold is set to continue into the weekend providing the majority of the U.S. with a white Christmas, but a cold one indeed.

16:57 (December 23) – The National Weather Service (NWS) in the U.S. has issued severe weather warnings for more than 70 per cent of the country with 240 million people to be affected by snow and temperatures as low as minus 51C.

The bad weather resulted in thousands of flights being cancelled and traffic chaos on Friday, December 23 with heavy snow, sleet and ice causing havoc.

Issuing the warnings, the NWS said: “Winter weather hazards remain in effect from the Canadian border south to the Rio Grande (border river with Mexico), Gulf Coast and central Florida Peninsula while spanning from the Pacific Northwest to the Eastern Seaboard.”

Thought to be one of the widest weather warnings ever issued in the U.S. with normally mid places like Dallas in Texas recording temperatures of minus 12. Meteorologists warned that temperatures were so cold that venturing outdoors unprotected could result in frostbite within minutes.

A cold front bringing a surge of Arctic air swept across a massive swath of the U.S. yesterday, hitting millions of Americans with wintry weather. And the system still has another day of impacts to bring.
LIVE blog updates: https://t.co/dU16hjK6Gw pic.twitter.com/la4CsUoJ9m

Power outages have also affected people in parts of the south and the east and roads are said to be treacherous, on a day when around 100 million people are expected to travel.

Blizzard conditions have resulted in near zero visibility and a number deaths, with the US Transportation Secretary Pete Buttigieg urging people to stay home and not to travel.

He told MSNBC: “To say we have the opposite of cooperative weather would be an understatement” adding that more than ten per cent of US commercial flights had been cancelled Thursday and thousands more expected Friday.

Rich Maliawco, lead forecaster for the NSW in Glasgow, Montana, where the wind chill factor plunged temperatures to minus 51C, told AFP: “When it’s this cold, anybody can run into trouble.

“With these kinds of wind chills, if you’re not wearing those warm layers… unprotected skin can get frostbite in less than five minutes.”

Not your typical winter storm: along with major temperature drops and white-outs in the central U.S., some lakeshores and coastlines could see record or near-record flooding. @CC_Yale https://t.co/Uw4RVWggYk

The severe weather that is affecting 240 people follows a hot and dry summer in many parts of the world, with climatologists warning that global warming will lead to more extreme weather.