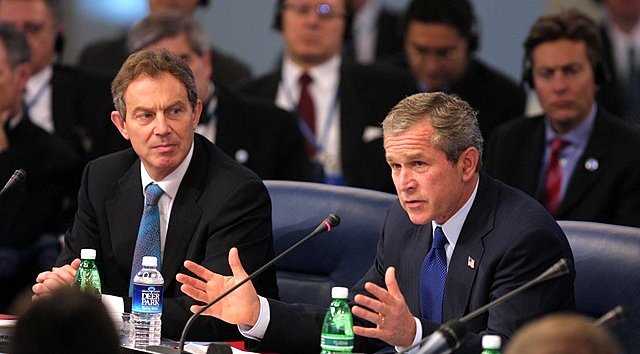 According to ITV News on Friday, December 30 Blair felt that it was necessary to keep Putin at the top table despite misgivings by officials. The papers show that Blair felt it necessary to try and have the Russian leader adopt western values despite deep misgivings and deep mistrust.

Those papers also show that within a year of becoming head of the Russian state, cold war style activities had escalated including a resurgence in espionage. They say: “Despite the warmth of Putin’s rhetoric about the close links between Russia and the UK, the Russian intelligence effort against British targets remains at a high level.

The Russian intelligence presence in the UK is at Cold War levels, and they continue to try to post active and hostile officers to work against British interests worldwide.”

Among the revelations in the papers is a list of assurances provided by Putin, none of which proved to be true. They included backing for the West’s tough stance on Saddam Hussein, the Iraqi dictator, and undertakings not to supply Iran with help in building its nuclear capability.

Putin is also said to have told Blair that he was no “anti-NATO” at the same time his Defence Minister Marshal Igor Sergeyev was issuing threats to the alliance over its expansion plans.

Blair is also said to have compared Putin to former French president Charles de Gaulle with a note from the meeting with the American leadership saying: “The Prime Minister described him as a Russian patriot, acutely aware that Russia had lost its respect in the world.

“To describe him as a Russian de Gaulle would be misleading, but he had a similar mindset.

“He (Mr Blair) understood that Putin had a low approval rating in the US. But he thought it was better to allow Putin a position on the top table and encourage Putin to reach for Western attitudes as well as the Western economic model.”

Despite the high level of mistrust diplomacy still prevailed with Blair travelling to Moscow in October 2001 with a set of cufflinks as a birthday present for Putin. A number staffer telling Blair: “You will recall that Putin actually asked you to come to celebrate his birthday on Sunday so we are bringing a set of the new silver No 10 cufflinks as your gift – he will be the first leader to have them.”

The newly revealed papers confirm what everyone was thinking, that Vladimir Putin had never ceased his Cold War spying or activities despite the growing collaborations between the country and the West.