U.S. set to send largest-ever military aid package worth $2.85b to Ukraine 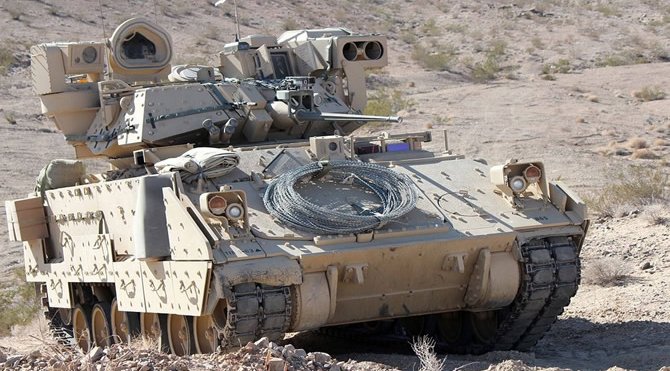 The U.S. is expected to announce its largest-ever package of military assistance to Ukraine, worth $2.85 billion.

According to the Associated Press (AP), on Friday, January 6, the U.S. authorities will announce a new military aid package to Ukraine. The latest shipment from the Pentagon will amount to a record $2.85 billion it claimed.

During a press conference on Thursday 5, U.S. Department of Defence spokesman Patrick Ryder confirmed that the new aid package will include Bradley infantry fighting vehicles. “I can confirm that another round of security assistance to Ukraine is expected tomorrow”, he stated.

The Pentagon broadcast its press conference on Twitter. According to AP sources, a total of several dozen Bradley vehicles will be sent.

Mr Ryder responded to media reports that the US does not plan to send Abrams tanks to Ukraine. The Pentagon spokesman noted that he did not have additional information on this subject, but Washington would consider all possible options in the medium and long term. At the same time, Ryder called the Bradley – whose deliveries are planned in the future – ‘tank killers’.

A spokesman for the US Department of Defence also said that Washington is considering training Ukrainians to use the Patriot air defence system, either in the United States or in third countries. However, the details are still being worked out.

As reported by TASS, he said; “I think we should expect such hostilities to continue for quite a long time, so we continue to provide security assistance to Ukraine. And yes, this includes HIMARS in the past and could very well include even more HIMARS in the future. But what HIMARS gives them in this particular part of Ukraine is what we call long-range fire”.