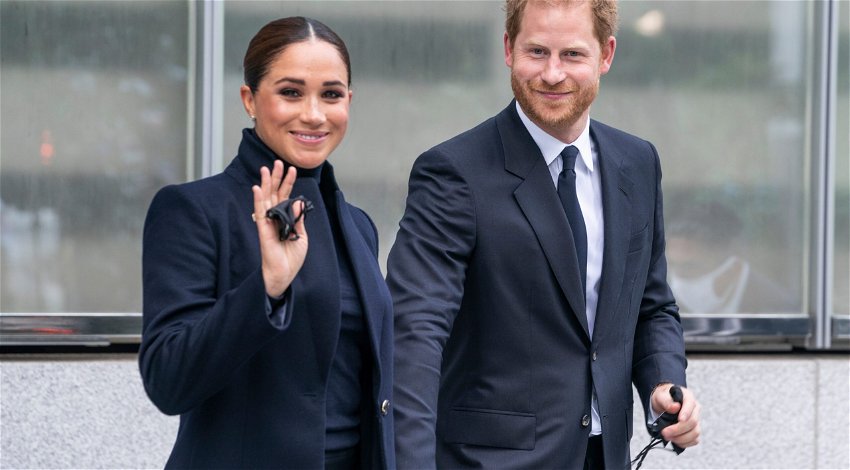 During his interview with ITV’s Tom Bradby, Prince Harry made a dramatic U-turn when he denied ever calling the Royal Family racist.

Speaking exclusively with ITV’s Tom Bradby in a 90-minute interview this evening, Sunday, January 8, Prince Harry denied that he had ever called the Royal Family racist. Even the host look confused when the Duke of Sussex attempted to backtrack on what was said in the infamous Oprah Winfrey interview.

Harry sat on the sofa with his wife Meghan Markle two years ago and told the television star that a member of the royal family had voiced concerns over the expected colour of their baby’s skin.

He refused to name the person involved but Meghan even suggested that there had been ‘conversations’ with the family about how dark Archie might be.

When asked by Bradby to elaborate on the section in the Oprah interview where ‘you accused members of your family of racism, the 38-year-old Prince responded: “No I didn’t”. With the interviewer looking a little stunned, harry added: “‘The British press said that”.

“Did Meghan ever mention that they’re racist?”, enquired Bradby, not letting the moment go.”There was – there was concern about his skin colour”, replied Harry. “Wouldn’t you describe that as essentially racist?”, pressed the host, to which the Prince responded: “I wouldn’t, not having lived within that family”.

All further attempts by Bradby to get the Duke to speak more on the topic were shut down by Harry interrupting him. His interpretation of the matter was that the person was not racist but instead had an ‘unconscious bias’. They could now ‘learn and grow’, and be ‘part of the solution’ he added, instead of being part of the problem.