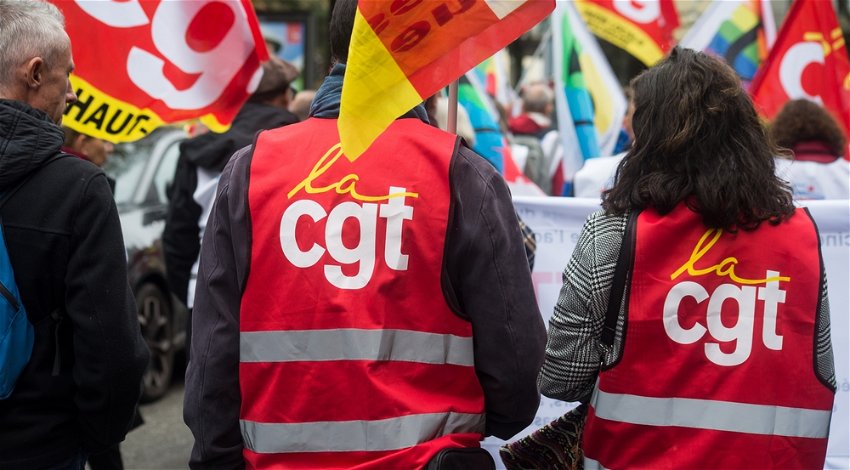 Update 2 pm (January 18) – The General Confederation of Labour (CGT), a national French trade union, has announced that they will cut off the electricity supply going to lawmakers and billionaires, before the nationwide protests on Thursday, January 19.

“I suggest they also go see the nice properties, the nice castles of billionaires,” said Philippe Martinez, leader of the CGT, France’s second-largest trade union, as cited by Reuters.

He added, “It would be good if we cut off their electricity so that they can put themselves, for a few days, in the shoes of … French people who can’t afford to pay their bill”.

Another member of the CGT, Sebastien Menesplier from the energy and mine section has also been earlier reported to have issued threats to cut the electricity supply to the offices of French MPs.

Workers across sectors including transport, education, and energy will be taking part in the protest against the government’s plan to change the age of retirement from 62 to 64.

Major protest marches are expected to be seen in Paris as well as in other parts of the country.

Meanwhile, the French interior minister Gerald Darmanin has announced that over 10,000 police officers will be present on the ground.

Darmanin also said that as per police intelligence reports, over 1,000 potentially violent people would be present at the rallies to be held in Paris.

Original 12.24 pm (January 18) –  Nationwide union strike called in France after the government’s proposal to change the age of retirement from 62 to 64, will result in trains and flights getting canceled on Thursday, January 19.

Local reports also suggest the subway in Paris will also witness heavy disruption after a nationwide strike has been called against the French government´s proposal to extend the date of retirement by two years.

If the move is approved, the retirement age for people will be increased from 62 to 64, which as per opinion polls, has been vastly opposed by the French population.

Unions all across the country have called for a large number of workers to stage a walkout from their jobs and protest on the streets of the country.

“Only one in three to one in five high-speed TGV lines will be operating, and only one in ten local TER trains”, said an official from Société Nationale des Chemins de fer Français (SNCF), France’s national state-owned railway, as per Reuters.

Meanwhile, as per airport officials, one is every five flights arriving and departing from Paris Orly airport are going to be canceled.

The majority of Réseau Express Régional (RER) which is a hybrid commuter rail and rapid transit in Paris will face cancellation, while three metro lines will reportedly be completely shut as well.

Several French governments have previously attempted to change the pension system in the country, but have failed following widespread protests.

Millions of people in 1995 also took to the streets when similar reforms were proposed by the government then, resulting in one of the most disruptive protests the country ever witnessed.

As per the proposed reform proposed by the government, aside from the change in the date of retirement from 62 to 64, the number of years of contribution required to qualify for a pension will be set to 43 in 2027.

The reform is yet to be adopted in the French parliament.