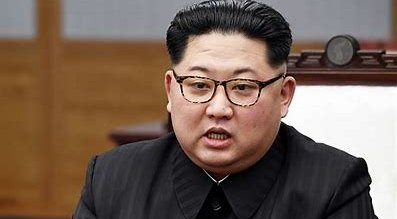 Although it happened about thirty years ago, the image still brings me a snigger of amusement. In a supermarket in Buckinghamshire I saw two young men, probably in their early twenties, each pick up a cucumber and start fencing with each other in the aisle.

It reminded me of my old eccentric friend Monty Fry who was always amusing, never boring, but sometimes embarrassing or frustrating company. I recall him banging impatiently on the door of a restaurant loo which had been occupied for at least seven minutes and shouting “We know you´re in there! Come on out with your hands up” The reaction of customers was mixed.

People who break the accepted social rules are often “special cases” who seem oblivious to the reactions of others. Or perhaps they relish the embarrassment or bewilderment they cause. Not only are we all very different but so are our perceptions of what is socially acceptable and, of course, so are our senses of humour.

About sixty years ago I attended a wedding in Oxfordshire which didn´t really go to plan. The best man has several responsibilities but the most important is to ensure that the bridegroom remains sober and fit for the wedding day. On this occasion, the groom managed to lead by example at the bachelor party the night before. Having downed six pints of Morrell’s ale and several Glen Grants, he had to be hauled out of bed the next day and was unable to stand up. As a result, he had to be carried into the church and down the aisle like a side of beef by his best man and three other “pallbearers”. His father propped him up for the actual ceremony. It was so difficult for me suppress my laughter, although his bride managed it easily enough. The marriage lasted less than three years.

There are those who attract people by their personality, by their actions and by their words. They can be raconteurs of interesting or amusing experiences and anecdotes. Others are completely bland with the charisma of a dead earwig.

Eccentric behaviour is harmless enough. What is of greater concern is odd behaviour resulting in harm to others. Take a bow, Kim Jong-un. The power-crazed egoism of one man results in complete suppression of an entire nation as well as a threat to the stability of Japan and South Korea. On a larger scale, it was the same with Hitler and Stalin, then it was Idi Amin, Pol Pot and Mugabe and now we have Putin.

There has always been the deadly combination of power and evil. Frequently, power does much more that corrupt; it can and does spread cruelty, suffering and destruction on a massive scale.

This is surely why no political system will ever work successfully unless it is tied to Christianity. Quite simply: “Love the neighbour as thyself”