Chris Packham calls it a day in shock announcement 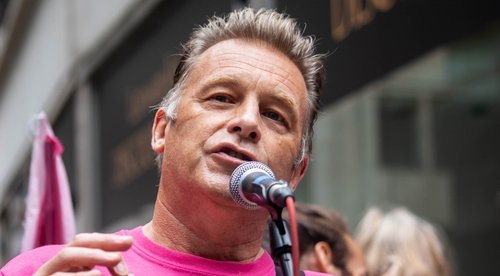 Wildlife activist and presenter Chris Packham is to call it a day and take a break from being a TV presenter.

The 61-year-old WinterWatch star said that he is literally “burnt out” and that he needs to try something different for now.

Packham, who has been a strong supporter of the UK’s fauna and flora, has come under attack from various groups over his views. He and his home have been targeted on numerous occasions adding to the pressures of being a TV presenter.

He confirmed on Tuesday, January 24 that he had told the Mirror the day before that he is trying his hand as a sculptor. He said he has cancelled all TV work for at least the next three months.

Insisting he isn’t going through a midlife crisis, Packham said that he wants to create abstract sculptures of birds, snakes and humpback whales. He said he wanted to get “off the treadmill” after decades of being on screen.

Saying that he can barely sleep he is so excited he added: “I’m not going to buy a Ferrari and run off with a 20-year-old.”

He continued saying: “I’ve never taken three months off work. I might have to ban [partner] Charlotte from the studio.

“I don’t want any interference or disruption, I want to get on with it. It will be good to clear my head and focus on something completely different.”

Packham has gone more off-grid and has said: “I can’t heat the studio so I will be in my Puffa jacket. I’m making a big nest of old duvets and I’m getting an electric blanket to keep them warm.”

The idea of going off-grid came on a shoot. He said: “I was locked in a hotel room because one of the team got Covid and I was in isolation for 10 days. I got up every morning and I was typing all day long and I thought, ‘this is good’,”

Viewers will be shocked and disappointed that Chris Packham calls it a day.