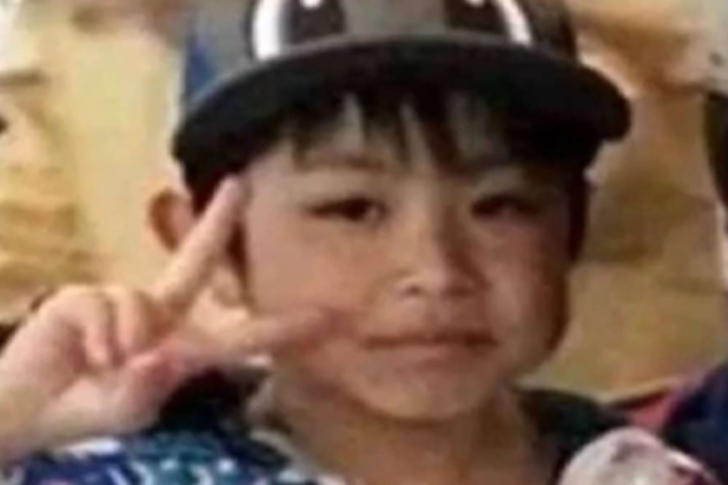 SUFFERING only scratches to his arms and legs, Yamato Tanooka was found alive and well, if a little famished, after an astonishing survival ordeal that saw the seven-year-old fend for himself in the Japanese wilderness for almost a week.

In a case which garnered worldwide media attention, the Japanese army was drafted in to search for the youngster who went missing after being briefly abandoned by his parents near a forest for misbehaving.

Left without food or water after being punished for throwing stones, Yamato navigated his way through three miles of dense woodland in Hokkaido, a north-eastern island, before finding shelter in an unused army training camp.

With overnight temperatures dropping to 7C and large population of wild brown bears, a stroke of luck saw the door to the corrugated iron hut that was to become his home left open against orders, with a tap inside that provided his only sustenance for six days.

Found early on Friday morning by soldiers from the nearby 28th Infantry Regiment, Yamato was sandwiched between two mattresses and calmly confirmed his identity and that he was hungry.

His parents would have feared the worst as a small army of searchers accompanied by dogs failed to uncover any clues as to his whereabouts but a thousand miles away 900 of his fellow pupils at his Hokuto primary school were jubilant at the news of his rescue.

Doctors found the boy to be in good health and he was treated for mild dehydration but the story has ignited a firestorm of controversy over the role of his parents, with many in Japan calling for them to be punished themselves.

Takayuki Tanooka had told police that he and his wife had ordered Yamato out of the car for his behaviour, and then driven half a kilometre before returning to find him no longer by the side of the road.

“The first thing I did was apologise to him for the terrible suffering I had put him through,” his father said in tears.

“We’ve raised him in a loving family, but from now on we’ll try to do a better job and give him even more attention as he grows up,” he said. “Our behaviour as parents was excessive, and that’s something I’m extremely regretful about. I thought that what I was doing was for his own good, but, yes, I realise now that I went too far.”

The police are considering whether to press charges against the parents and many have accused the couple of neglect and abuse. Others though have noted that this has clearly been a terrible ordeal for them, and that it was a bad decision taken in the heat of the moment.

For now though the chief focus has been on the remarkable resilience of the seven-year-old, with Ken Noguchi, a Japanese mountaineer who has climbed Mount Everest, describing his survival as a miracle, and others praising his calm and collected manner in the face of danger.