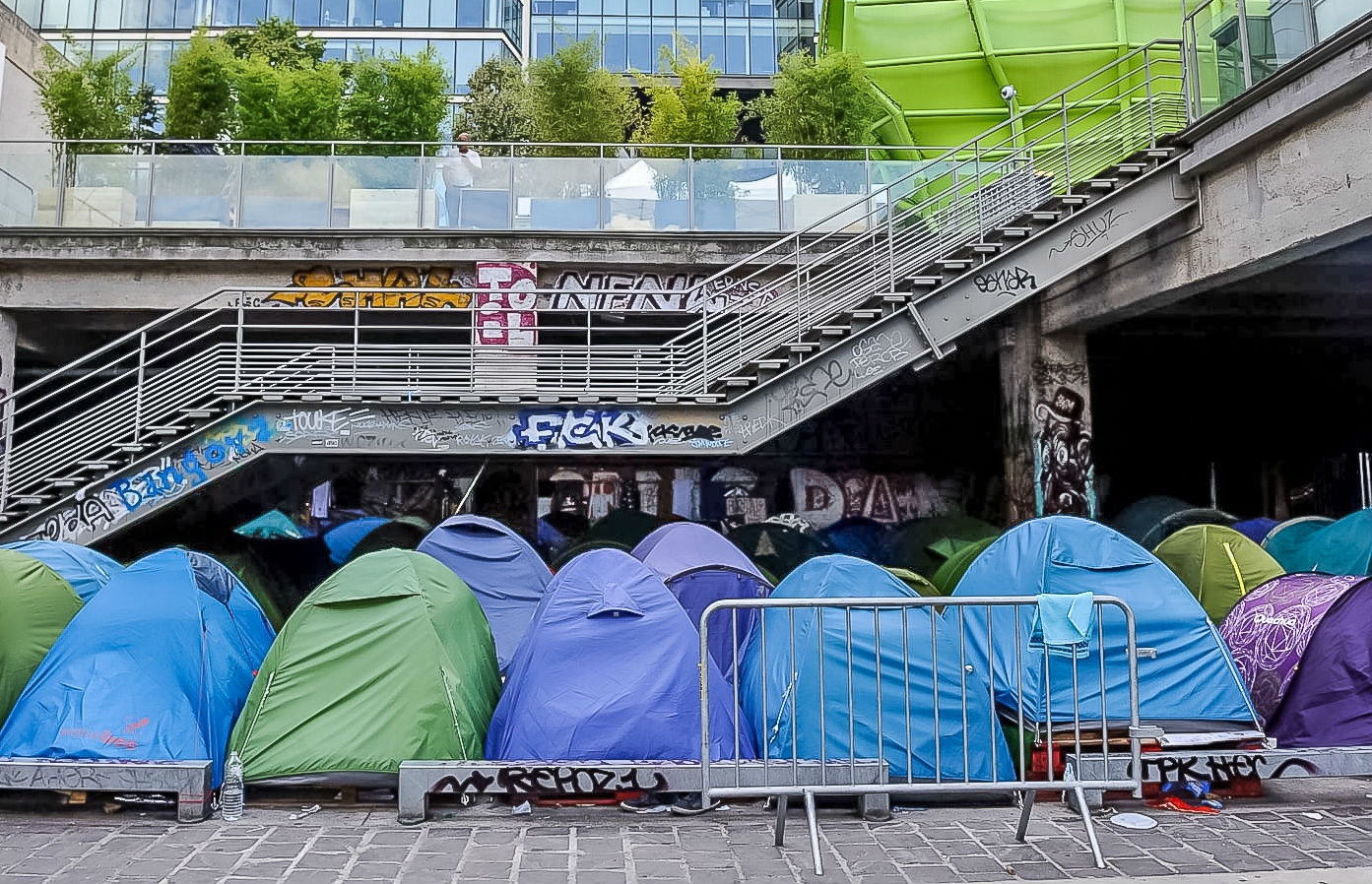 ACCORDING to Newton’s Third Law, ‘for every action there is an equal and opposite reaction’ so it shouldn’t come as a great surprise that the closing of the ‘Jungle’ in Calais has led to the arrival of a large number of migrants in Paris as they were not prepared to be settled in the specially produced camps around the country.

A large number of these new arrivals headed towards the well-known squatting area by Stalingrad metro station which just happens to be close to the Eurostar departure terminal at the Gare du Nord.

Ironically, the metro station is not named after the Napoleonic disaster but after the German defeat at the Battle of Stalingrad.

Whilst nothing is really clear, it appears that the new arrivals, many of whom were Afghans and Eritreans were not welcome and as the police were involved in trying to dismantle the existing enclave of migrants, so violence broke out between the two groups, the newcomers and those who had been there for some time.

President Hollande has made it clear that he will no longer tolerate migrant camps in any part of France and having cleared Calais, his next target is the French Capital although where the dispossessed are expected to move to is currently mute as all of the existing shelters are supposedly full.

A new refuge due to open in the area funded by the Paris council can only hold 400 people on a short term basis whilst another small centre catering for around 350 women and children is due to open later this year.

The unfortunate fact is that regardless of what France wants, there will be hundreds and possibly thousands of displaced migrants wandering around the country in the months to come and violent eruptions of the sort that occurred on November 1 are only likely to become more prevalent than less.

It is estimated that there are several hundred minors still awaiting interview with some hoping to prove their links with relatives in the UK and others likely to be taken into care by the French authorities but any who are processed are sure to be replaced by a never ending string of new arrivals all desperate to make their way across the channel.