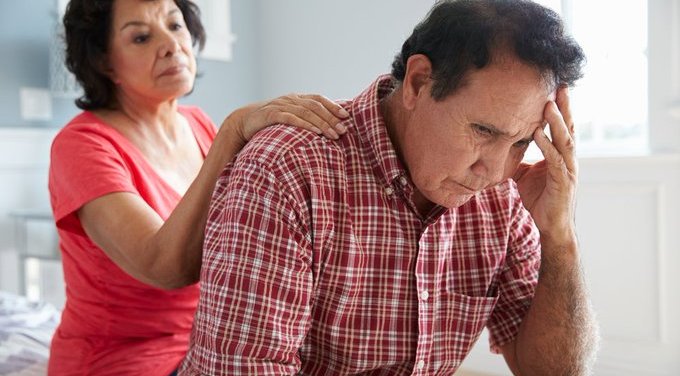 A NEW study suggests the crippling effects of the disease could be treated with unique synthetic drugs designed to help the brain process proteins.

Almost 35 million people are diagnosed with Alzheimer’s worldwide, and researchers have for many years focused on finding new potential treatments and medical strategies.

But while there is still no cure for the crippling disease, a team of neuroscientists from New York and Brazil believe they may have found a glimmer of hope to repairing some of the damage caused.

Through memory experiments with mice, they have discovered special drugs targeting protein synthesis in the brain could help to restore some of the cognitive function lost or impaired by Alzheimer’s disease.

“This work is the first to show that reversing impaired protein synthesis in brains afflicted by Alzheimer’s disease through a pharmacological approach is not only feasible but also effective,” said Mauricio Martins-Oliveira, lead author of the study and postdoctoral researcher at New York University’s Centre for Neural Science.

Researchers used the synthetic compound known as ISRIB in an experiment involving test mice with Alzheimer’s-like conditions to determine if ISRIB reversed their memory impairments.

And after a series of memory tests and challenges, they found ISRIB had a profound impact on the mice, even in the more advanced cases of Alzheimer’s-like conditions.

Eric Klann, co-senior author on the study and professor at NYU’s Centre for Neural Science said researchers hope their results will act as a significant new tool in the battle against the disease.

“Our findings show that jump-starting protein synthesis in the brain can revive lost cognitive functions. We hope that this work can serve as a step forward in treating this devastating disease”, he said in a report.