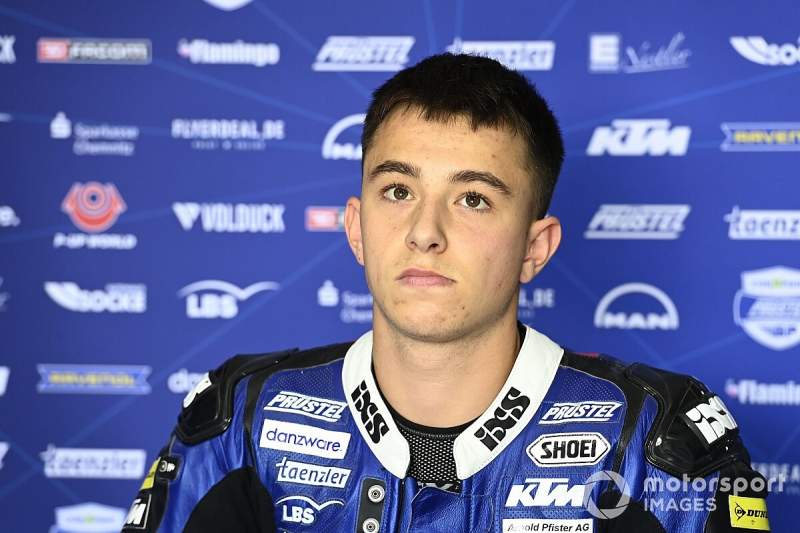 Moto3 Rider Jason Dupasquier Dies At 19 After Serious Accident At Mugello In The Italian Grand Prix.

Swiss rider Jason Dupasquier (KTM) has sadly died today, Sunday, May 30, at the age of 19 after failing to recover from the injuries he received that were caused by the serious accident he was involved in on Saturday during the Moto3 Q2 at the Italian Grand Prix, the news has been confirmed by MotoGP.

“We are deeply saddened to report the passing of Jason Dupasquier. On behalf of the entire MotoGP family, we send our love to his team, his family and loved ones. We will miss you so much, Jason. Rest in peace,” confirmed the organisation.

“Dupasquier was involved in a multi-rider incident between Turns 9 and 10, with the session Red Flagged thereafter. FIM Medical Intervention Vehicles arrived at the site immediately and the Swiss rider was attended to on track before being transferred by medical helicopter, in a stable state, to Careggi Hospital in Florence.

“Despite the best efforts of circuit medical staff and all those subsequently attending to the Swiss rider, the hospital has announced that Dupasquier has sadly succumbed to his injuries. Dupasquier had made an impressive start to his second season in the lightweight class of Grand Prix racing, consistently scoring points and within the top ten in the standings.

“The FIM, IRTA, MSMA and Dorna Sports pass on our deepest condolences to Dupasquier’s family, friends, team and loved ones.”