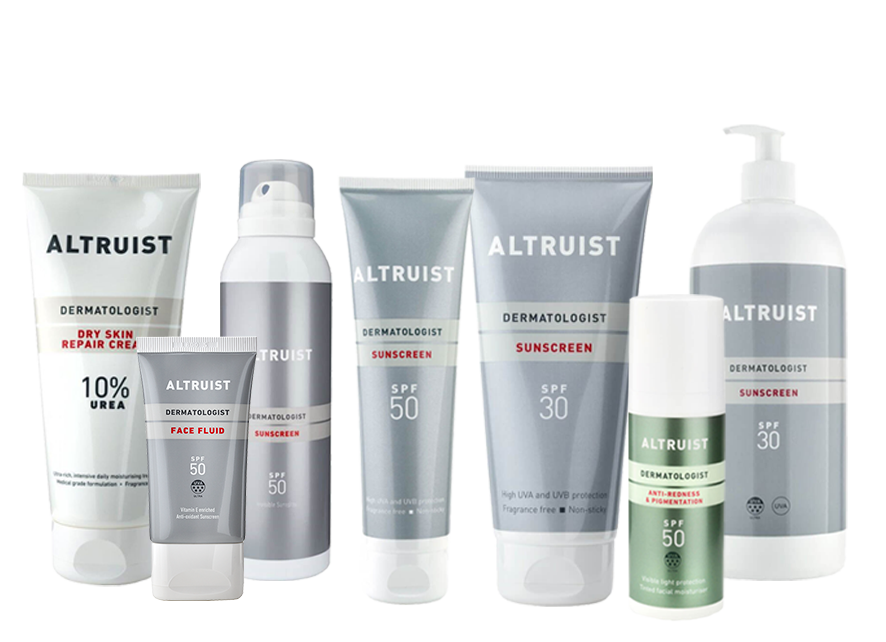 A best-selling, low-cost British sunscreen has been recommended by Spanish Vogue.

British firm Altruist is a big hit with Spanish fashionistas just months after its line of products were launched in Spain.

According to a glowing review in Spanish Vogue, Altruist is among the best low-cost sunscreens available.

“The price should never determine the purchase of a sunscreen, much less the fear of how much to use or how often to apply it. Everyone should have the basic right to take the necessary precautions to reduce the risk of developing skin cancer. Most of the sunscreens sold are so expensive that people are reluctant to use them as often as a cosmetic or in as large amounts as they should,” Dr Andrew Birnie, co-founder of Altruist and skin cancer surgeon based in Canterbury, told Vogue.

The sunscreen is proving particularly popular in Spain with TELVA magazine adding, “If you are looking for a moisturizing cream with high sun protection, you will love Altruist Sunscreen SPF 50 (4.50 euros) because it is easily absorbed, does not stick and does not leave residue, does not carry fragrances, is suitable for vegans, cruelty free and does not contain octinoxate or oxybenzone. With a five-star formulation because it is a firm created by a dermatologist specializing in skin cancer and Dutch economist expert in cosmetics at low-cost prices and is one of the most sold in pharmacies in the United Kingdom and on Amazon.”