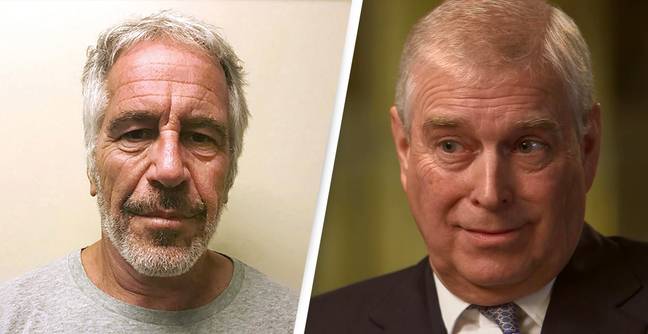 US puts pressure on the UK to hand over Prince Andrew in order to answer sexual abuse claims against him.

The UK has been asked to convince Prince Andrew to cooperate in the US authorities’ ongoing investigation into sexual abuse claims connected to Jeffrey Epstein.

Despite admitting his friendship to the late billionaire, who was facing charges of child sex trafficking and conspiracy to commit sex trafficking before committing suicide in his prison cell, Prince Andrew has so far refused to co-operate with US law enforcement.

Earlier this month, it was reported that the Duke of York was considering using diplomatic immunity in a bid to get the allegations made about him thrown out and has since been named as a ‘person of interest’ in its investigation.

An official from the Biden administration spoke of the UK and US’s close relationship and explained that the Department of Justice (DOJ) had sent a Mutual Assistance Treaty (MLAT) request to the Home Office last year in the hopes of getting Prince Andrew to help with the US’s enquiries.

The US and the UK have a close, productive and resilient law enforcement and mutual legal assistance relationship.

We remain in close contact on many active cases on a daily basis and will continue to seek assistance in criminal matters as we provide similar assistance in return.

As well as the investigations in regards to his connections to Epstein, Prince Andrew is also facing a civil lawsuit from Virginia Giuffre and another, who alleges that she was sexually assaulted by the royal.

Prince Andrew has been keeping a low profile inside his royal mansion so as to avoid officials who trying to serve a rape lawsuit on him, it is claimed.

Security guards apparently intervened in “multiple attempts” by lawyers last week to hand the document to The Duke at Royal Lodge.

The court case against The Duke of York, 61, accuses him of raping sex slave Virginia Guiffre in 2001 when she was just a “frightened and vulnerable child”.

The mum of three, now 38 — who says she was “lent out” by disgraced Jeffrey Epstein and his madame Ghislaine Maxwell — is said to be demanding ‘substantial’ damages.

Prince Andrew, not seen in public for 19 days, is said to be refusing to leave his home, which is set in 98 private acres in Windsor Great Park, Berks.