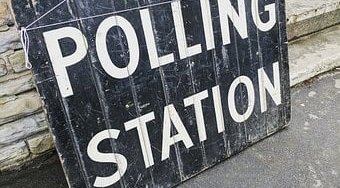 Political candidate forced to run against doppelgangers who also stole his name.

In Russia one opposition party candidate who is running for a municipal position is now competing against two people who have resorted to shady practices and have changed their name to match his. They have gone one step further than changing their names though, and have copied his physical appearance in a bid to confuse voters.

The practice of changing names is a common one in Russia but this normally only extends to surnames. In the case of Boris Vishnevsky, his opponents have changed their full names and also altered their appearances.

The voting poster for the district can be seen with three candidates side-by-side however it is difficult to see who is the original Boris.

Boris commented: “I have never seen anything like it. This is all done to disorient voters, so that they confuse the fake with the real, and instead of the real Vishnevsky they vote for one of the fakes.”

The shady tactic used normally aims to split votes between two candidates with the same name. This gives a further candidate a better chance of winning.

Boris has claimed that this is “political fraud” but in Russian law surprisingly it is legal that candidates are allowed to change their names to match that of their opponents.

In other quirky news, Marathon winner disqualified for wearing the wrong shoes at Vienna Marathon.