Electric cars, bikes, but what about electric aircraft? 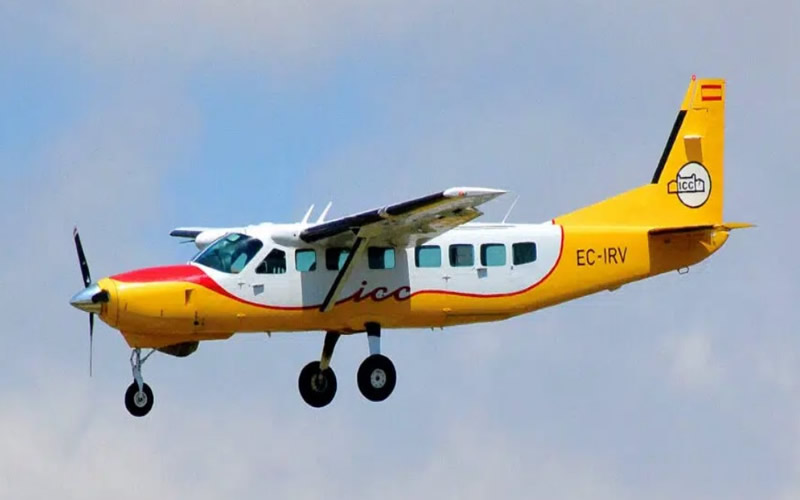 Electric cars, bikes, but what about electric aircraft?. image: flickr

Electric cars, bikes, but what about electric aircraft?

There are electric bicycles, motorcycles, cars, trains, and even electric boats. As aerospace engineer David Doral points out, “The last barrier remains, that of airplanes. Right now, technology would allow us to fly 15 or 20 minutes without emissions. And in five or six years we will be able to see the first electric flight with passengers”, he predicts.

Many companies are working on projects to reduce the impact of aviation on climate change. The International Air Transport Association (IATA) approved a resolution a few weeks ago to achieve net-zero carbon emissions by 2050. Airbus, one of the industry giants, has also set a date of 2035 for its electric prototypes.

David Doral is a teacher at the ITAerea school, and co-founder of DANTE Aeronautical, a Spanish startup that has been looking for solutions for electric aviation for five years. He believes that before Airbus’ deadline there will already be short-hop connections between Los Angeles-San Francisco, Paris-London, and Madrid–Barcelona, covered in part with zero-emission devices.

Speaking with elindependiente.com he explained, “We started, like all of us, designing prototypes of electric airplanes, but in the last two years, we have seen that this can be put into practice in a much shorter period of time by modifying existing airplanes. In aviation, progress is very slow, because you have to test many things, and you need many permits. So modifying existing aircraft simplifies everything a lot”.

American startup Wright Electric Inc, recently presented its project of a one hundred percent electric plane by 2027. It has an autonomy of one hour, and with a capacity for a hundred people. Their strategy is to recycle old planes, in this case, the BAe 146. This aircraft was originally manufactured by BAE Systems, discontinued in 2001.

In an interview with Bloomberg, CEO Jeffrey Engler said, “Customers are demanding cleaner options from us, and we want to show that there is an alternative. An adaptation of an old airplane has disadvantages, but at the same time, it is a certified airplane”.

According to David Doral, with the technology that exists right now, it is impossible for any electric aircraft to fly thousands of kilometres, pointing out, “As much as batteries evolve, I don’t see it for decades to come. On the subject of electric aviation, the problem is the weight of the energy supply that you need. Fuel has always been used to fly because it is energy efficient and weighs little. If we change that for batteries, it involves a lot of weight”.