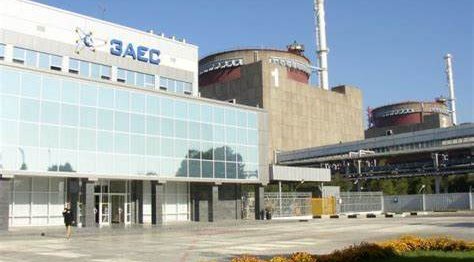 The seizure of the Zaporizhia power plant by Russian troops, Europe’s largest nuclear facility, allows Putin to cut power to Ukrainians. This latest move would enable him not only to slow the resistance but also enable his troops to carry out his dirty business under cover of darkness.

The seizure of the plant is a huge concern for Europe with the threat of nuclear fallout very real especially after Russian troops bombing of the facility resulted in its catching fire. What is sadder is that the facility was defended by civilians and it would seem unnecessary for the Russians to resort to the methods they used in attempting to take control of the power plant.

The new tactic follows three failed attempts by the Russians to assassinate Volodymyr Zelensky, the Ukraine President. Putin’s strategy so far has been to seek control of the major cities and taking the power station will put him in a stronger position to do so.

Zelensky has criticised Europe and NATO for sleepwalking into the crises and for not doing enough to stop the invasion, which has the potential to spill over into neighbouring countries. He said:  “Europe must wake up now! Europe’s largest nuclear power plant is on fire, nuclear units are being disconnected right now. If it explodes it is the end of Europe.”

Despite this warning NATO has not changed its position saying there will be no allied call to get involved in the country, which is at the moment no a NATO member. This was confirmed by Secretary General Jens Stoltenberg on Friday, when he also closed the door to a no-fly zone over Ukraine.

He said: “We have made it clear that we are not going to enter Ukraine, with troops or planes in the airspace. The only way to implement an exclusion zone is to send NATO aircraft and impose it by shooting down Russian aircraft.”

That would mean entering into a war with Russia directly. In any case, the US Secretary of State, Anthony Blinken, is clear that if the war reaches the allied zone the countries “are prepared.

“We understand the desperation, but if we do that we will end up having an all-out war in Europe, generating more suffering.”

Putin who has throughout the conflict not changed his view or statements one iota, has said that the third round of negotiations between Russia and Ukraine will take place this weekend.