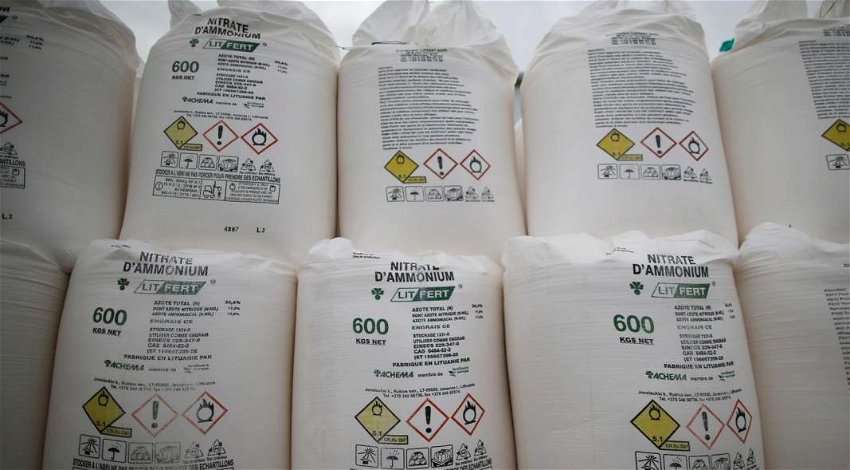 The war in Ukraine and the accompanying sanctions will according to the one of the world’s largest suppliers of fertilisers, disrupt global food supply. The Ukraine who not only produce a significant portion of the sunflower oil and wheat used in Europe, also are one of the leading producers of fertilisers using materials that mainly come from Russia.

Tore Holsether, CEO of Yara International, speaking to the BBC said things are likely to get much tougher, with fertiliser prices already high due to soaring wholesale gas prices.

He said: “We were already in a difficult situation before the war… and now it’s additional disruption to the supply chains and we’re getting close to the most important part of this season for the Northern hemisphere, where a lot of fertiliser needs to move on and that will quite likely be impacted.

“Half the world’s population gets food as a result of fertilisers… and if that’s removed from the field for some crops, [the yield] will drop by up to 50%.

“For me, it’s not whether we are moving into a global food crisis – it’s how large the crisis will be.”

Russia and Ukraine are some of the biggest producers in agriculture and food globally. Russia also produces enormous amounts of nutrients, like potash and phosphate – key ingredients in fertilisers, which enable plants and crops to grow.

Yara, who are a Norwegian company are not directly affected by sanctions, however the sanctions and the war is harming their supply chains plus their office in Kyiv has been hit by Russian missiles.

Russia has already called on suppliers to halt exports of fertilisers adding to the logistical difficulty already affecting the industry as shipping becomes more restricted.

According to Yara about a quarter of the key nutrients used in European food production come from Russia, and the war could according to analysts, mean higher food prices.

Alternative sources are available but as Holsether points out: “But with such short timelines it’s limited what we can do.”

The situation is exacerbated by the rise in wholesale gas prices, a key ingredient in the production of ammonia. Supplies of natural gas are also becoming an issue and with sanctions now being imposed on Belarus for their support of Russia, the supply of fertilisers has been affected even more. Belarus is another major supplier.

Holsether has echoed statements by EU President Ursula von der Leyen, saying that the world must in the long-term reduce its reliance on Russia for global food production.

He said: “On the one hand, we’re trying to keep fertiliser flowing to the farmers to keep up the agricultural yields.

“At the same time… there has to be a strong reaction. We condemn the Russian military invasion of Ukraine so this is a dilemma and one that frankly is very difficult.”

The news that the Ukraine war will disrupt global food supply is not good with climate change and population growth already affecting prices and availability. A short term solution will be needed.