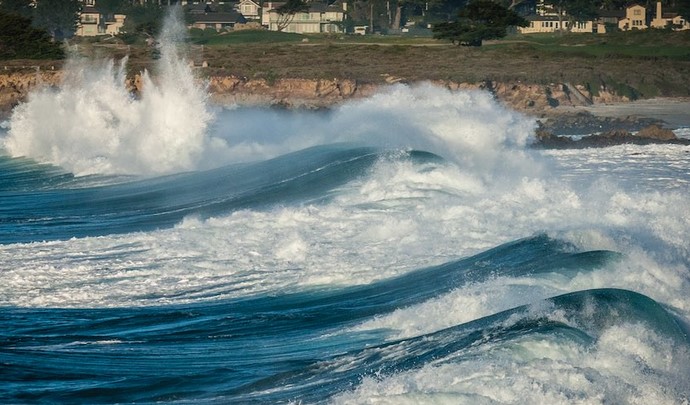 AEMET, the State Meteorological Agency has raised the weather alert in Malaga province to orange. This comes into force from midnight on Sunday, April 3, and will remain active until 23.59pm on Monday 4.

Winds are expected to blow from the east and northeast, with a strength of force 8, or even 9, which could create waves of up to ten metres in height.

The orange alert applies to regions of the Costa del Sol, Guadalhorce, and Axarquia, with the probability of rain between 450 and 70 per cent in the first two areas.

According to the weather experts, the current pleasant temperatures will remain up until Sunday evening. The predicted winds will precede the instability with which the week will start, when the weather will experience a change, as Storm Ciril approaches Malaga, bringing a mass of cold, polar air.

Temperatures will be a maximum of 16 degrees, while the minimum will remain at 10 until Thursday 7, after which the warmer weather is forecast to return.

March has passed as the wettest month of the hydrological year. Until Tuesday, March 29, a total of 208litres/m² fell. The normal average for March is 52, which means it has rained four times more than usual.

Data transferred by the State Meteorological Agency, collected during this hydrological year, which runs from October to October, show that we have only received 60 per cent of the normal annual amount.

Jesus Riesco, director of Aemet Malaga, assures that despite the positive trend in rainfall, there is still another 40 per cent of rain needed to reach the average level, but that the months in which more rain is expected have already passed.

At least the recent heavy rainfall has offered a respite to the reservoirs and water catchments of the province. According to the Hidrosur network, they are now at 48 per cent of their maximum capacity.

In total, they have accumulated 295.77 hectometres per cubic meter, which means that  74 more hectometres have been collected since last Thursday, March 31. This has allowed the reservoirs to continue to approach last year’s levels, in some cases reaching 50 per cent of their capacity, as reported by malagahoy.es.