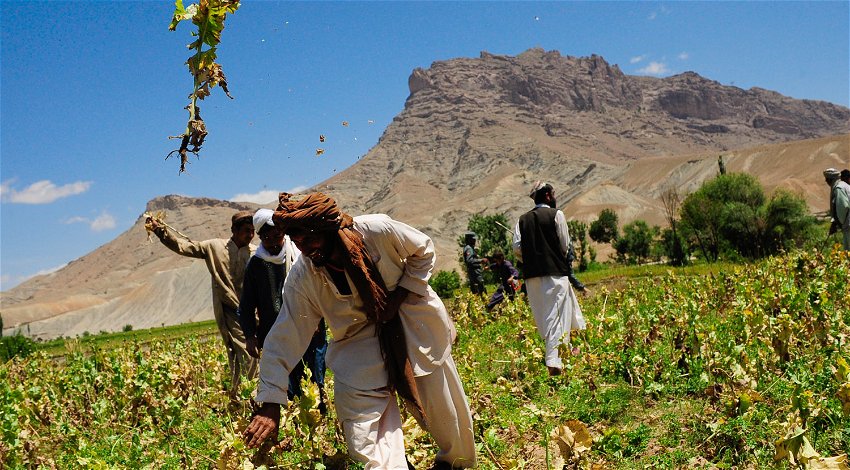 The Taliban ban drug and opium cultivation Source: US Airforce

The Taliban announced on Sunday April 3, that a ban on drug and opium cultivation would come into force with immediate effect.

Afghanistan is one of the world’s biggest opium producers and is a major revenue earner for a country that is suffering from severe financial hardship.

The Taliban’s Supreme Leader Haibatullah Akhundzada issued an order that said: “As per the decree of the supreme leader of the Islamic Emirate of Afghanistan, all Afghans are informed that from now on, cultivation of poppy has been strictly prohibited across the country.

“If anyone violates the decree, the crop will be destroyed immediately and the violator will be treated according to the Sharia law.”

Included in the ban is the production, use or transportation of other narcotics.

Afghanistan is in dire financial straits after the west implemented sanctions against the country after the Taliban’s coup. The Islamist group is seeking formal international recognition, with the international community making a number of demands before agreeing to the winding back of sanctions, one which has been the control of the drug trade.

The Taliban banned poppy, estimated to be worth around $1.4 billion (1.267 billion euros) growing the last time they were in power back in 2000, but after a backlash from local communities they changed their stance.

According to the United Nations poppy growing has increased since the Taliban usurped power with destitute residents turning to a crop that can provide faster and higher returns than standard agricultural produce.

Taliban sources told Reuters they were anticipating tough resistance following a surge in producers, with some farmers saying that prices had gone up in recent weeks with persistent rumours that the crop was to be banned.

Locals are said to be unhappy with the Taliban ban on drug and opium cultivation saying other crops are just not profitable.