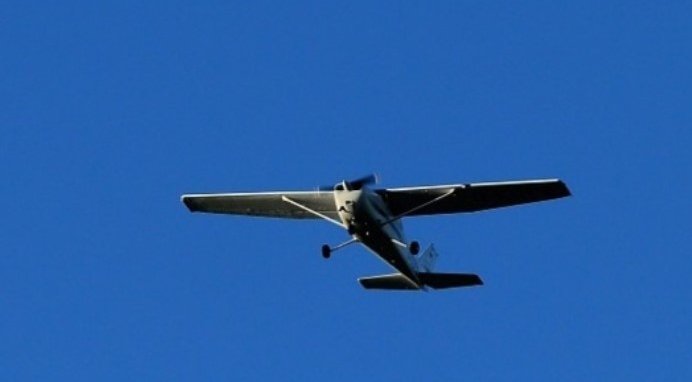 As reported to EFE by the Guardia Civil, two people have died this afternoon, Friday, April 8, when the plane they were travelling in crashed in the Teruel municipality of Mosqueruela.

The incident occurred at around 1pm. A forestry worker informed 112 Emergencies of Aragon that he had spotted a light aircraft falling and the subsequent plumes of smoke rising into the sky near the town of Teruel.

A Guardia Civil patrol was deployed to the remote mountainous location, along with the Teruel Fire Brigade, and a Civil Protection team. They discovered the smouldering remains of the aircraft with its two occupants still trapped inside.

According to sources from Teruel Council, the crash occurred in a location that was extremely difficult for the rescue services to access.

As reported later by a spokesperson for the Aragonese Government, the aircraft was one of a group of four. They were making a tourist trip from Igualada in Barcelona, to Vera, in Almeria province. The identities of the two deceased have not yet been released.

In a statement to Europa Press, Alba Lucea, the mayor of Mosqueruela, indicated that the light aircraft is “completely burned”. It crashed on the mountain, about 1km from the municipal area, a location “not very accessible”, although “it is not an area at risk of fire”. She added that locals had earlier seen two of the aircraft flying over the town.

Lucea had received a call from SOS 112 Aragon alerting her that one of the planes had suffered an accident, and that its two occupants have died, as reported by diariodelaltoaragon.es.