Understanding how the DGT velolasers operate 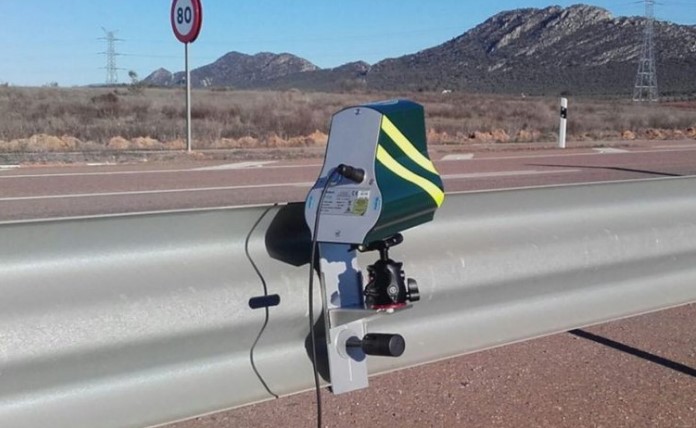 The General Directorate of Traffic (DGT) continues to evolve and stay perfectly in parallel with the development of technology. As a result, in 2018 the entity introduced its state-of-the-art velolasers. These tiny devices weigh about two kilos and are barely 50cm in diameter, making them easily camouflageable and almost imperceptible to road users.

Speed control systems are constantly being reviewed and improved to combat infractions in the best possible way, in a bid to limit the number of traffic accidents. Velolasers are cinemometers that work both day and night, and can be placed on a tripod or attached to a sign by means of a magnetised device.

They can also be incorporated into Guardia Civil motorcycles. Initially, it was also planned to install them in the roadside barriers, an idea that was discarded as it was considered dangerous for motorcyclists in the event of a collision.

In addition to its comfortable and appropriate size, another of the great advantages of these radars that have been issuing fines for four years is the advanced technology they use. Velolasers do not need anyone to control them, as they are wireless and operate autonomously. They work with both Wi-Fi and 4G technology, with autonomy that lasts up to 5 hours.

These devices have a range of between 15 and 50 metres, and up to two lanes from their location. One of these lasers is capable of recording speeds ranging from 30 to 250km/h, which testifies to their great precision. Something especially useful when applying the respective penalties is the fact they can distinguish between light and heavy vehicles.

The technology of these kinemometers allows the closest officers to be notified immediately when an infraction takes place, so that they can instantly issue the fine. Its margin of error is 5 per cent, below the 7 per cent in which traditional radars operate.

With the introduction last March 21 of the new Traffic Law in Spain, the DGT has launched a campaign called ‘New times, new rules’. It has been published through social networks, to advise road users of the restrictions and sanctions that have been introduced, as reported by sevilla.abc.es.