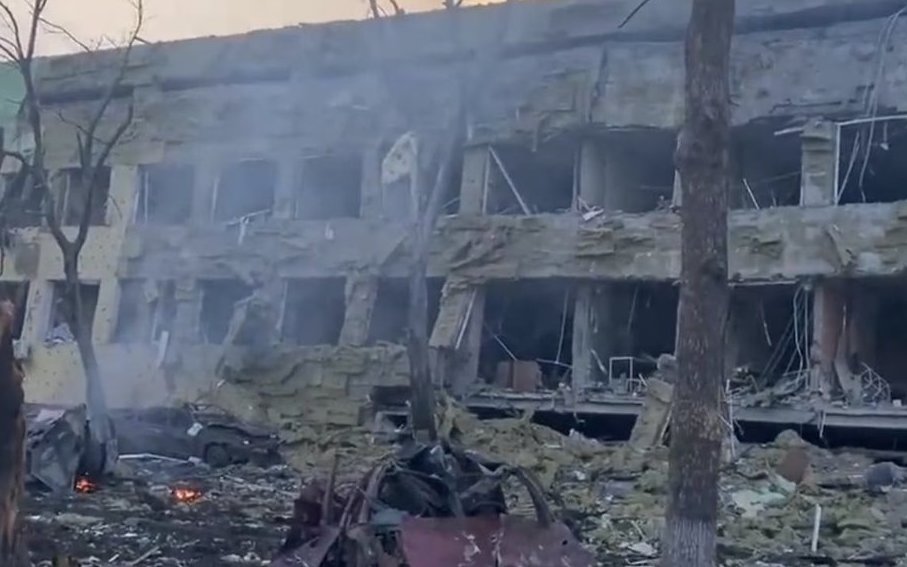 Russia warns captured British fighter will not be treated as a prisoner of war. Credit: Twitter

Captured British fighter, Aiden Aslin, will not be treated as a prisoner of war warns Russia

Russia warned last night, Friday, April 15, that the 28-year-old captured British fighter, Aiden Aslin, will not be treated as a prisoner of war, instead insisting that he was a mercenary. They reportedly claimed that as a mercenary, the Geneva Convention rules did not apply.

Aslin had been fighting with Ukrainian 36th Marines in the besieged city of Mariupol until they were eventually forced to surrender after running out of ammunition and food. After being captured by Russian troops, the Brit is clearly marked as a propaganda tool by Putin.

He made an appearance on TV last Thursday 14 with his one eye half-closed and a nasty gash on his forehead. “Aiden Aslin is a subject of Great Britain”, Andrey Rudenko, a military reporter told viewers of Rossiya 1. Adding, “He is an English mercenary and fought on the side of the Nazis in Ukraine”.

Rudenklo continued, “I am sure that he will be able to shed light on the actions of Western intelligence agencies in Ukraine”, clearly insinuating that they believe Aslin was not just a regular fighter.

In another television broadcast, it would appear that Mr Aslin had been coerced into telling the viewers what they wanted to hear. Asked whether he had killed ‘peaceful people’, he responded, “I think you are correct”.

Then, when asked why the Ukrainians he had been fighting with “killed peaceful citizens”, Aslin replied, “Because they’re criminals”. When Rudenklo asked was he surprised, he said, “It was like my first time seeing reality…They looted supermarkets, though the peaceful ones needed food”.

“From day one in Mariupol, I always said that we needed to leave because…Donbas is recognised as independent, Luhansk too. If Ukraine really wanted to avoid this conflict, they could have easily just said, ‘OK, we will leave’ and recognised their independence, and Crimea”.

Originally from Newark-on-Trent, Notts, Mr Aslin had been keeping a record of his time by making regular posts on social media. He had already warned that should he be captured he would be used for “bulls**t propaganda”.

“It’s been 48 days, we tried our best but have no choice but to surrender”, said one of his last posts. “It’s been a pleasure everyone. I hope this war ends soon”.

“POWs must be treated with dignity and are absolutely protected against ill-treatment and exposure to public curiosity including images circulating publicly on social media”, said a spokesperson for the International Committee of the Red Cross, as reported by thesun.co.uk.